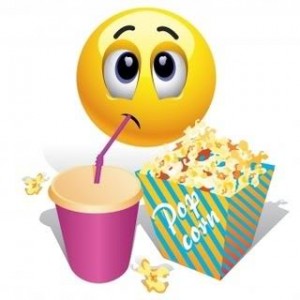 Is it possible that some people being fat may have less to do with overeating and lack of exercise than we have been lead to believe, and more to do with the various chemicals they consume in their diet?

Man-made chemicals consumed on a regular basis, regardless of their calories, play a big role in determining if you are fat or not.

Your liver is the primary detoxification organ as well as primary fat burning organ.

The simple reality is that the more energy that your liver spends on detoxification, the less it has to burn fats.

Poisons such as pesticides enter our bodies, especially if we have not yet converted to organic foods, or choose not to read (and understand) what the label tells us, and the liver attempts to render it harmless before sending it to the colon which tries to eliminate it from your body.

If we eat unnatural chemicals in most of our meals, as most of us do, our liver becomes overwhelmed and poisons start to back up in our body, and anyone who has ever had a blood test for toxins will attest to this.

The liver will also store those toxins and poisons it was unable to render harmless, keeping these chemicals out of the bloodstream.

But now the liver is so busy storing these toxins that, some estimate, up to 75% of the liver’s functionality is taken up, so there is little left for its primary fat burning function.

See also Coffee, the Great Liver Detoxifier on this website

Taken from Chemicals in Our Diets Produce Fat People by Kim Evans, 14/9/2009

See also, on this website, a list of great naturopathic articles, and also, if in the Byron Bay area, visit a naturopath and see what they recommend for you.

See also Enviro Chemicals and Obesity on this website