Congratulation! your data has been updated.
Articles / #metoo / #metoo, a year on, the end of the boys club 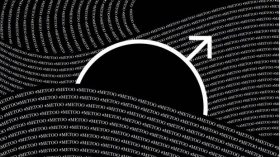 Since the #metoo Pandora’s Box kicked off in the last part of 2017 the Western attitude towards women has been rocked in ways the women’s liberation movement of earlier times could have only dreamed about. #metoo has changed the very language that is used to call out and condemn the chauvinism that has defined much of human history, incorporated as it is in the major religions.

What began as a movement about sexual abuse of women by powerful men and the sexual ‘favours’ required for career advancement or simply to keep jobs has ‘viralled’ into every crevice of our society.

No longer are smutty comments like what ScoMo made about Pamela Anderson after she appealed to the Australian Government on behalf of Julian Assange allowed to simply slide like they have always done.

The collapse of the blokey empire

Nearly every day, and sometimes multiple times a day, there is a report of some guy being pulled up making some blokey statement. What was normal even a year ago is now a place where only idiots will tread.

What is becoming obvious is that this change is not a fad that will fade away once the next ‘thing’ comes along. Women are no longer automatically prepared to let boorish comments, or ‘accidental’ contact, assumptions of second class citizenship and the assumption that men are better at making important decisions than women are, pass with being challenged. The genie is out of the bottle and it ain’t goin’ back in, ever!

There is a tsunami of femininity that is building to sweep away, much to the discomfort yet ultimate betterment of men everywhere, the entire history of women’s subjugation, at least in Western culture. This subjugation is so deep in the unconscious from centuries of conditioning that often neither women or men are aware of its manifestations until an individual women makes a stand on a particular issue.

A big part of the revolution that we are seeing is the rise of smart and highly intelligent women like NZ PM Jacinta Arden who is rattling cages in a very non-cage-rattling, smiling and gracious manner. A country’s political leader taking three months off to have a baby? Or Alexandria Ocasio-Cortez, the 29 year-old woman who was working at a bar in New York only a year ago and who was in the November 2018 elections in the US elected to Congress with 78% of the vote. She wore borrowed designer clothing as she didn’t have the money to buy them, and discusses her policy positions live while cooking her dinner! Wow!

The decision of Marianne Williamson, a respected US spiritual teacher (Remember Mandela’s inauguration speech that included the quote of hers about ‘Who are we to be small…’?) to run for US President in 2020 (her slogan is 2020 Vision) is another example of the surge in kick-ass women standing up for everyone, male, female or another gender, who is tired of the old paradigm.

The highly publicised election of Kerryn Phelps, a gay woman with a resume and life/work experience and authority that few men in Australia can compete with, was a watershed moment in Australian politics and something to be celebrated. Paternalism in politics and public life appears to be finally on the way out and the old guard are desperately clinging on.

The fact that the levels of disgusting misogyny that was directed at Julia Gillard is no longer even remotely tolerated in Australian media or politics is an indication of the speed at which change is happening.

Naturally some men, and some women also, are starting to feel uncomfortable with and frightened by the changes in the paradigm about how women are to be seen and treated. Witness the popularity within his supporter base of Trump which only increased, among both women and men, by his pussy grabbing comments.

Some people like living with the unspoken rules of engagement with the opposite sex, as it works for them knowing their position and being able to use it to get what they want. How does a man relate to women if not through the prism of sexual desirability?

To these people I say relax, enjoy the ride. It is rocky and going to be rockier as deeply held assumptions of gender roles, along with gender itself, are publicly and privately challenged.

This movement, as it has morphs from #metoo into something greater, appears to be about the rise of women and the underlying assumption that men are somehow going to be the losers in this revolution, but that is a false assumption. The rise of women and feminine values and women’s increased participation in the development of ethics and real human rights is not about the fall, or the lessening of men, and can only benefit men as women assert their right to an equal seat at every table.

One thing for women though is that women do not want to be objectified, then women also cannot make derogatory remarks about men’s bodies and appearance.

Clearly our world is heading towards, and some might say has already arrived there, catastrophe on many levels. Equally clearly the male dominated paradigm that has got us here is not going to get us out of this mess we are in.

For too long the dominant paradigm has been the masculine ‘either or’; we can have jobs or protect the environment; we can work long hours so we can have the nice holidays and house, or be there for the kids; if I am to be effective I need to be an arsehole; if we are going to protect our borders then we need to put refugees in indefinite detention; if we want renewable power we better get used to paying more for a unstable network; if a woman wears a sexy dress it is an invitation to rape, sexual abuse and sexual objectification; we have to deal with the real world etc.

These are false choices which reflect the limitations of binary male thinking. Women see things differently, and have a different logic where they see no point in having a cake if they cannot eat some and pass it on to the kids!

#metoo requires men to open their minds in ways they have never done before, to step into the unknown and face the false choices that they have been ruled by.

As far as our world is concerned the #metoo movement has arrived not a second too early.