Congratulation! your data has been updated.
Articles / Detox / Screen addiction as electronic cocaine and digital heroin 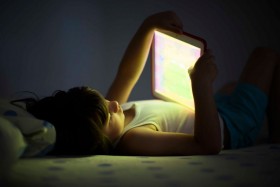 An article by Dr. Nicholas Kardaras, It’s ‘digital heroin’: How screens turn kids into psychotic junkies published in the New York Post in August 2016 discusses screen addiction as electronic cocaine and digital heroin and talks about kids’ brains behaving like brains on drugs.

Brain imaging demonstrates that digital addiction controls the brain’s frontal cortex, the are responsible for executive functioning like impulse control, moral balance, exactly the same as cocaine does.

Feeding one’s digital addiction also raises dopamine which is the feel-good neurotransmitter that provides the reward feeling as in sex.

Which raises questions about what kind of people are going to evolve out of this technology. Perhaps not since the discovery of the internal combustion engine, or electricity, has new technology changed how an entire population acts.

If video gaming can give the same neural high as sex, why bother having girlfriends and boyfriends, why bother connecting at all?

“According to a 2013 Policy Statement by the American Academy of Pediatrics, 8- to 10 year-olds spend 8 hours a day with various digital media while teenagers spend 11 hours in front of screens.

One in three kids are using tablets or smartphones before they can talk.”

Remember this report is 3 years old, and quite likely this situation has deteriorated since.

So yes, there is a significant problem here, with digital detox just as severe as drug detoxing; maybe even more so given a child’s whole society is geared around digitalism.

Dr Kaderas states that in his clinical work he has found it “easier to treat heroin and crystal meth addicts than lost-in-the-matrix video gamers or Facebook-dependent social media addicts.“

Famously the most high-tech people (Steve Jobs, Google bosses etc) keep their kids in low tech environments, enrolling them in low- or no-tech schools like Montessori, Waldorf and Steiner schools. Seems they have a greater respect for technology than the rest of us.

Personally I can say I have a digital addiction going on, sitting as I do in front of a screen all day and crave it when out. I can see how my mind becomes full of virtual rubbish, as though I am in a dream, and it takes meditation and also exercise to flush this toxic buildup out of my brain.

Screens are very seductive, no wonder people fall in love with them!