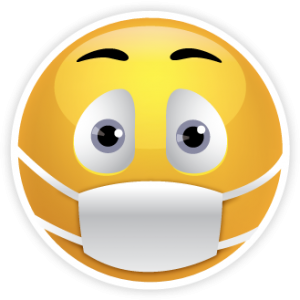 Research has confirmed what many have long suspected – soft drinks can seriously harm health. A preservative E211, known as sodium benzoate, which is in most soft drinks, pickles and sauces, has been implicated in some serious health problems.

Sodium benzoate has already caused concern as when mixed with Vitamin C it produces benzene which is known to be carcinogenic.

Some brands of soft drinks found to have high levels of benzene were removed from sale in the UK in 2007.

The WHO reviewed sodium benzoate in 2000 and concluded that it was safe, though it was noted that available science was ‘limited’. (See comment below)

Professor Peter Piper, professor of molecular biology and biotechnology and an expert in ageing at Sheffield University tested the impact of sodium benzoate on living yeast cells in his laboratory.

He found that was benzoate damaging an important area of DNA in the mitochondria, known as the “power station” of cells.

He is concerned that these chemicals can cause such damage to the mitochondria that it can be totally inactivated.

Mitochondria is what consumes oxygen and provides energy, and a whole array of diseases and their processes are often initiated if this starts to seriously malfunction.

Professor Piper is funded by the UK government and says tests undertaken by the US FDA were inadequate and out of date.

He advises parents to think very carefully about about buying soft drinks with preservatives until there was proper health testing of these preservatives and is concerned about children who drink large quantities of soft drinks.

Coca Cola and Pepsi both contain sodium benzoate. The British Soft Drinks Association has said they entrusted the government with making the decisions with regards safety of additives.

Research is expensive, and herein lies the main issue with regards the health safety of thousands of products available in our society.

Businesses make products to make money and do not necessarily have any interest in spending large sums on research as to the safety of the particular product.

However, they often make political donations, they buy advertising in all forms of media, and so the discussion is then coopted to some extent.

Public interest groups do not make a profit out of their activity and so are by nature unable to fund research on every substance that they have concerns about.

Most rely on fundraising, wealthy benefactors or government funding to keep going, to raise the issues of health that affect us all.

Please note that in 2015 aspartame had its name changed to amino sweet to avoid people understanding what they are consuming.