Congratulation! your data has been updated.
Articles / #metoo / #metoo, Sexual Abuse as Abuse of Power 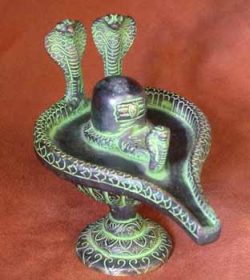 Mark O’Brien writes about how as #metoo grows and spreads its tentacles across the globe, it broadens from being about men abusing women to anyone abusing anyone. #metoo is more about the systemic abuse of power than just sexual abuse.

This article was published in the 2018 issue of the Byron Body & Soul Guide in Byron Bay, along with some other articles written by three local women therapists either involved in the area of sexuality and relationship or working with men. See the bottom of the page for links to each of these pieces. Contact info is on each of the articles.

I have followed with great interest the snowballing #metoo movement that as of late November 2017 has hit Australia, with some male celebrities finding out that women on the wrong end of sexually inappropriate or abusive behaviour years ago have long memories.

I actually feel that #metoo has the potential to change the world in a way that feminism never could, bringing a post feminism appetite for confrontation into the work places, living rooms and bars where it was never welcome before.

It is so important that as a society, as culture, that we move past the insidiousness of sexual abuse, whatever the genders of those involved. Where #metoo started being about men abusing women, as other stories were told it has broadened into abuse of anyone by anyone.

I was reading some time ago about rape as an historical weapon of war. It was, and still is in some parts of the world, common for winning armies to systematically rape the surviving female populations, to degrade them and their men, possibly to impregnate them thus leaving a living breathing reminder of  that degradation. The powerlessness and humiliation of the vanquished was driven home as their spirit and humanity was crushed.

Modern psychology tells us that rape is rarely about sex and always about power. So, from what I have seen and read, non-rape sexual abuse is also about power: the casting couch, the casual accidental gropes, the put downs, the sexual favours demanded by unscrupulous men and offered by ambitious women in exchange for security and safety, are all somehow the last vestiges of the domination and control of society by groups of men.

Everyone was a bit shocked, apparently, when Donald Trump bragged about grabbing women by the pussy, doing what he wanted with women. I was a bit puzzled by the outrage, as isn’t the reason traditional men like Trump seek positions of influence, isn’t the lure, sexual power? Isn’t this lust for power ultimately about power over others?

In all of the stories we are hearing about sexual abuse (and it seems to me that #metoo is an extension of the change ushered in by the unveiling of sexual abuse in the Catholic church) it comes down to the same misuse of power. In this instance it manifests as sexual abuse. Once we shift the conversation to one of a systemic abuse of power then it in turn opens up the subject of the abuse of sexual power.

Psychology tells us that people who feel inherently powerless will exercise their power over those a few rungs of the ladder beneath them. Shit flows downhill and always has. It is not right, and maybe this is the point of#metoo – stop this downhill flow!

And of course that is just a part of the abuse thing.

The Harvey Weinstein furore was largely about the casting couch scenario where women were pressured to provide sexual favours as a stepping stone towards career advancement.

There are some things in this to consider: The first being the victimhood of the women who have made the allegations against him.

Did the women who found themselves in Weinstein’s hotel room really not know why they were invited there? Did they know what they were getting into? Is it credible that they didn’t? It is obvious that some women in fact misuse/use (grey area) their own sexual power, and willingly have sex with one of the Harveys of the world to achieve their own ends. Are they leapfrogging their competition? Who was the predator here? Him? Her? Both?

Have we heard from actresses (or actors) who gave Harvey and his ilk what they wanted and in return got that role, that career? What does this say about their using their sexual power to defeat other applicants?

For sure it is not black and white and someone may actually be naive enough to not know and tacitly agree with the quid pro quo entailed in engaging with someone like Weinstein but it beggars belief that none of the complainants knew. Lions live in lions’ dens, so beware.

When the stakes, like kickstarting a highly paid and glamorous life as an actor or actress, are so high, people can convince themselves to do whatever is required to succeed.

Many women are attracted to powerful men. Power is a powerful aphrodisiac, maybe even the strongest. Is it merely an ancient survivalist choice, to be protected from savage beasts and perhaps other men, or is it simply about security? ‘Security for sex’ arrangements are commonplace.

I’ve observed in spiritual circles women are attracted to the guru or the yoga teacher and happily queue up to have sex to gain some supposed spiritual advantage. And of course the allegations, often demonstrable. of sexual impropriety and abuse of power by gurus are legion. Where does personal responsibility end and sexual abuse begin?

Consider Kevin Spacey, who, up until this storm blew up was many people’s favourite actor and is now, due to a history of occasional sexual misconduct and possible abuse as he came to terms with his latent homosexuality, having his name scrubbed from productions wherever possible. Being high on celebrity and wealth no doubt changes our values and our sense of what is reasonable behaviour with lots of boundary pushing. Because we can!

I am not excusing historical abuse, but mores change – would we like to see our parents charged because they physically punished us, an action that is now illegal, considered domestic abuse? Spacey never defended himself so we have no idea of what the real story was other than there being allegations. However, the career one of our most brilliant actors is over, with a faint aroma of witchhunt and tall poppy syndrome hovering around.

It is curious that #metoo erupted initially in Hollywood where the line between predators and victims wobbles a lot. The ‘casting couch’ has survived because it has worked for all concerned. I think it does the movement a disservice if we are just talking about celebrities as the issue is way more real for everyday women working to put bread on the table with few options when confronted with the abuse of power by someone in a more powerful position.

So far the #metoo phenomena has not hit the music industry. No doubt it will.

I am in no way disputing that sexual abuse is real and highly prevalent in Western culture.

Non-consensual sex of any description is unacceptable, taboo, let’s be very clear about that. But we are not talking murderers here, nor politicians who kill innocent people with their vote. We are not talking arms dealers, ice traffickers or slave traders but people who played by the rules as they knew them, quid pro quo. In our newly found self righteousness we can get confused between what is truly evil and behaviours that are no longer tolerated.

Is #metoo simply a manipulated distraction while Trump eviscerates the US economy and society?

If we consider #metoo to be about sex abuse then it risks getting stuck in the blame and shame thing we are currently seeing, where there are victims and perpetrators that must be shamed off our TV screens and newspapers, regardless of how long ago events happened. Are we going to see parents who smacked their kids years ago charged under current child abuse laws forbidding smacking?

If #metoo remains about sex then we may see relations between men and women becoming so PC and dry that all spark and fire and juice and spontaneity, those sexy shades of grey, are lost. And then we are in trouble, at risk of becoming desexualised consumer machines. Men and women do function in different ways and are turned on different ways.

If we can see #metoo as simply being about the abuse of power, then that is something that is much less highly charged emotionally, easier to identify and understand and work with. And we get to keep our playful sexuality.

See The Myth of the Seducer, an article critical of the views of French actress Catherine Deneuve and others who in January 2018 defended the right of men to pester women.

See also Women, men and the whole damn thing by David Leser, another male author venturing into dangerous territory and who pulls it off.

See also #MeToo isn’t enough. Now women need to get ugly by one of my favourite authors, Barbara Kingsolver – the title of the article is descriptive enough!

See also the following for other takes by three Byron Shire women therapists on this issue.

#metoo, Explorers in the Underworld of Love, Lorella

2 responses to “#metoo, Sexual Abuse as Abuse of Power”