Congratulation! your data has been updated.
Articles / Healing / Sharing The Dreaming 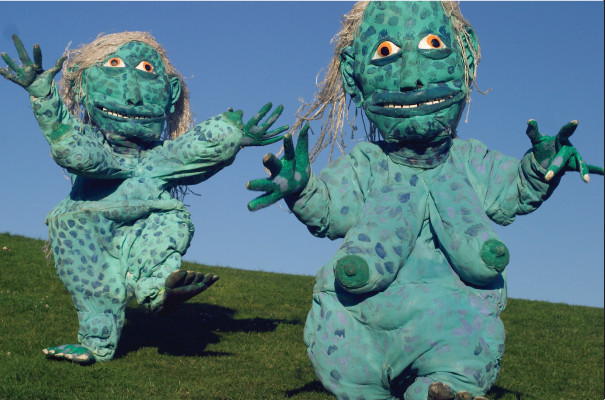 The Dreaming Festival, held at the Queensland Folk Federation’s permanent site about an hour northeast from Brisbane, is Australia’s international Indigenous festival.

Held over the Queen’s Birthday long weekend in June each year, it is a celebration of Indigenous culture — modern and traditional art, music, dance, theatre and comedy.

For lots more photos of the Dreaming Festival, go to the bottom of this page

Each year our family goes to the Woodford Folk Festival held at the same site around the new year. Seeing how great festivals are for kids and family time, we decided to go to the first Dreaming in 2005, and we each immediately fell in love.

From the moment our youngest, (she was then 6) and I entered the festival site on the first morning and she, feeling safe and inspired, informed me she wanted to wander around alone, I knew the festival would be special.

Over the next couple of days she and her brother made lots of friends (who became ours in the way of such things) and even went witchitty grub hunting with an Aboriginal uncle and friends, returning excited and successful, though unwilling to eat the fleshy looking bounty!

As a family we love festivals. The kids find lots to do, and mostly cruise around in a gang with other kids, busking, listening to music, watching dance theatre, or participating in the numerous cultural workshops.

Sometimes we could all agree on one act we loved such as The Movement Hip Hop Crew, which was really inspiring. Other times we took turns listening to each other’s favourites.

It was a tremendous gift for the kids to experience big Aboriginal bands such as Yothu Yindi and The Warumpi Band who both played several concerts.

They felt the passion, the ‘madness of the heart’ of Warumpi’s [now deceased] George Rrurrambu, for his people and his country.

But more than that, through the music, the lyrics, the festival scene and the culture behind it, they directly experienced the social contribution of music.

Outside of the communal safety of a festival like this it would be unrealistic and perhaps even inappropriate for young kids to experience a full-on rock concert, to feel the energy of a crowd, the presence and power of the real rock ‘n’ roller, particularly someone like George with his politically incorrect heart on his sleeve.

Tears come to my eyes every time I hear him sing My Island Home, something he said, in a shy-but-not-shy voice, happened to him too.

To see lots of kids sitting mesmerised at Dancestry, the open air space in the middle of the festival site where there were ongoing traditional dance troupes performing all day, bodes well for future cross cultural understanding.

A troupe from the Solomon Islands made regular appearances, and included some members who had never left their village before, and who presented the festival organisers with a necklace of shells, their currency still, and a pig, by way of honouring them for the invitation to attend.

The Snuff Puppets gave Indigenous mythology its presence with Nyet Nyet’s Picnic, a giant puppet spectacle co-presented with a team of Indigenous artists (see picture above).

Enacting Indigenous Australian bunyip stories and cautionary tales that have been collected from all over Victoria, the puppets were larger than life and a hit for adults and children alike.

Bunyips, servers of important warnings from the land, have been known to live in creeks, riverbeds, waterholes and swamps, emerging to terrify and sometimes devour animals and humans.
We watch as our kids grow up in subtle ways each time we go to a festival: a little more independent, responsible, inspired and more confident about making their unique way in the world.

Each festival we go to they take bigger bites of life, but only ever what they feel they can chew. Each time they help more and more with setting up and maintaining the campsite, doing chores etc.

Meeting and co-habitating with other festival goers is also great for us all, a reflection of the wider community we live in.

In Australia it is, unfortunately, unusual to have any meaningful and positive contact with our Indigenous people.

As a child I grew up in rural Australia with absolutely no contact with Aboriginal culture, so for me to see kids experience for themselves something directly about Indigenous Australians is a real gift.

It was great to see the entire year 11 from our local school there. As a school excursion this festival would be fabulous.At The Dreaming we encountered great people doing great things within the Aboriginal and broader communities. Though I had never heard of them in the media, here they were speaking/singing with such authority, with passion and love.

As European Australians we never hear of the positive things happening within the Aboriginal context and one can assume that our kids never will either.

This festival is a wonderful opportunity for kids and adults to go beyond the stereotypes and into actual living experience.

Bill Hauritz, the man who has, on behalf of the Queensland Folk Federation, carried the vision of the Woodford Folk Festival and the festival site, has a 500 year plan in terms of what he dreams of happening there.

I can imagine that The Dreaming Festival, also hosted by the Queensland Folk Federation at Woodford, has a similar vision, a long-term project whose ultimate fruit may not appear for hundreds of years, but one whose initiation is so essential for all of us.

Each time I have come away from The Dreaming a little more connected to this land of ours, a little wiser about the complexities of Indigenous issues and more respectful of Indigenous culture and the courage that many Indigenous people live in as they confront the past, the present and even the future of their people.

The initiation called The Dreaming begins a journey of reconciliation, where we can love the process — the building of bridges, the sharing of bread, the honouring of each other — so that the journey in itself is enough. For more information see www.thedreamingfestival.com

By Mark O’Brien for Kindred magazine 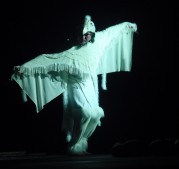