Congratulation! your data has been updated.
Articles / Health / 11 steps to a better brain – sleep

11 steps to a better brain – sleep 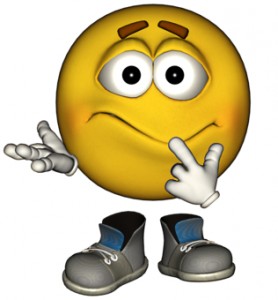 11 steps to a better brain – sleep

Never underestimate the power of a good night’s rest. Skimping on sleep does awful things to your brain. Planning, problem-solving, learning, concentration, working memory and alertness all take a hit.

“If you have been awake for 21 hours straight, your abilities are equivalent to someone who is legally drunk,” says Sean Drummond from the University of California, San Diego.

Luckily, it’s reversible — and more. If you let someone who isn’t sleep-deprived have an extra hour or two of shut-eye, they perform much better than normal on tasks requiring sustained attention, such as taking an exam.

And being able to concentrate harder has increasing benefits for overall mental performance as it makes your brain more efficient and productive, and therefore, in an ideal world, creating more time for relaxation.

“Attention is the base of a mental pyramid,” says Drummond. “If you boost that, you can’t help boosting everything above it.” These are not the only goodies of a proper night’s sleep.

Sleep is when your brain processes the day, creating new memories, and when it practises and hones new skills, and, even solves problems.

Say you’re trying to master a new piece of software. Instead of working away late into the night, you would be better off checking it out for a couple of hours then going to bed and starting anew the next day.

While you are asleep your brain will reactivate the circuits it was using as you learned the software, rehearse them, and then moves these new understandings that have become memories into long-term storage. When you wake up, hey presto! You will know that software a bit better.

The same applies to other skills such as playing the piano, driving a car and, some researchers claim, memorising facts and figures. There is also some evidence that sleep can help produce moments of problem-solving insight.

The famous story about the Russian chemist Dmitri Mendeleev suddenly “getting” the periodic table in a dream after a day spent struggling with the problem is probably true.

Parents often have issues with their kids who stay up late because they are not getting some homework. better they go to sleep and wake up early and try again.

It seems that sleep somehow allows the brain to juggle new memories to produce flashes of creative insight. So if you want to have a eureka moment, stop racking your brain, getting stressed, and GO TO SLEEP.