Congratulation! your data has been updated.
Articles / Allergies / Stomach bacteria and your health

Stomach bacteria and your health 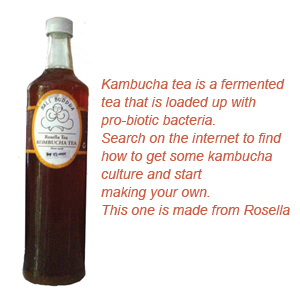 Stomach bacteria and your health

Over the last 20 years or so many theories have emerged about stomach bacteria and your health with modern-day hygiene actually reducing the strength of our immune systems because we are not exposed to so many bugs anymore.

Recently this has gained further support by what is now called the “disappearing microbiota hypothesis”. This theory says that certain medical conditions, particularly auto-immune ones, are related to reduced bacteria in the human gut.

It is common knowledge that antibiotics kill off the good bacteria as well as the bad, and many people take probiotics when they take antibiotics, via pills or various yoghurts, to replace these bacteria.

New evidence is appearing that even environmental activities like flushing a toilet that had anti-bacterial cleansers can also influence stomach bacteria and your health by reducing gut bacteria.

There are even clinics in the US where they do fecal transplants from a healthy person to someone whose gut bacteria is reduced which makes an immediate difference in health!!

Food expert Michael Pollan, author of many food related books including The Carnivore’s Dilemma, says the impact of gut bacteria on mood and temperament is so pronounced that personality traits can be altered simply by transplanting gut microbioata from one to another.

(The research was done on mice whose ‘personality’ changed markedly when given another mouse’s microbia.)

There are many sicknesses that science is now viewing through the lens of an imbalance of gut bacteria.

Asthma and other respiratory diseases

H. pylori is a microbe that causes ulcers, gastritis and is connected to gastro-intestinal cancers.

Via antibiotics this had been virtually eliminated in Western countries (perhaps as a result of which Westerners have no immunity to this, hence we often get sick in Eastern countries.), but this has a downside as the incidences of allergic responses such as hay fever, asthma, plus auto-immune diseases such as multiple sclerosis and Type 1 diabetes have all grown enormously.

Researchers are now questioning whether H. pylori acted in some way to prevent these problems.

The incidence of obesity also correlates to the use of antibiotics on factory farms, which also increases the weight of livestock by strengthening the roles of microbes that absorb nutrients, so most likely they also play that role in humans also.

Both obese mice and humans lose weight when intestinal microbes were inserted into their systems.

Triclosan is an antibiotic that is in some toothpastes such as Colgate’s Total and detergents like Ajax and Dawn and it acts as an endocrine disruptive pesticide, killing gut bacteria.

It is also indicated in early onset of puberty via impaired regulation of hormones. Traces of triclosan have been found in earthworms and Atlantic dolphins.

According to an article in the journal Current Opinion in Clinical Nutrition & Metabolic Care  alteration of the link cross reacting chemicals make between the gut and the brain may contribute to various psychiatric disorders.

Gut bacteria also influence the behaviour of seratonin, dopamine and GABA, the main chemicals in the body that regulate mood and happiness.

Many studies are now exploring this link, called the “microbiota-gut-brain axis”. So feeling good or feeling bad is not just a matter of a physically feeling but also emotionally as they are connected.

Feeling good may not just be about an absence of distress, but also the feeling of wellbeing that healthy gut bacteria engenders.

Traditionally treated with antibiotics, acne is now often being treated with probiotics, such as yoghurt, as a more effective and holistic way of treating problem skin.

A 2013 study in the Journal of Cutaneous Medicine and Surgery supports this theory.

Babies born by c-section are more likely to be overweight or obese as adults and researchers suspect that this is related to being deprived of important gut bacteria in the birth process, along with many other things of course, including a cocktail of natural drugs and relaxants that the mother shares with her baby in a natural birth process.

Overall it seems that we do need to allow our kids to play in the dirt more, be selective about when we visit the doctor to request antibiotics, to request some treatment to cure some upset.

Antibiotics are a wonderful medical advance, but their overuse destroys our helpful bacteria and also reduce the effectiveness of antibiotics when we really need them in a life threatening incident.

It’s a case of ‘use it and you lose it’ in terms of the effectiveness of antibiotics.

I am sure there will be much more research about stomach bacteria and your health in the future.

Taken from an original article, The Surprising Reason Americans Might Be Obese, Anxious and Depressed by Martha Rosenberg on Alternet.org

See also When Bacteria Is a Good Thing: 10 Ways Probiotics and Prebiotics Can Change Your Life

See also Burning question: How does your diet affect your gut bacteria?