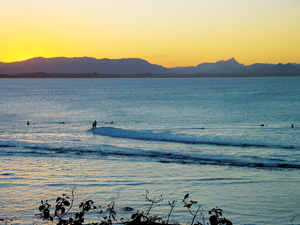 Scientist claim that a new device that can harness the energy of slow moving rivers and ocean currents could supply the whole world’s energy needs.

Existing technology harnessing water power relies on quite fast moving water, via dams, tides or waves and due to it size can be quite obstructive, and is also quite limited in terms of where they can be used.

Usually water flow of around 5-6 knots is required for this technology to operate efficiently, while most of the world’s currents are less than 3 knots.

The new machine consists of a system of cylinders positioned horizontal to the water flow and attached to springs, and when water flows past it produces mechanical energy that is converted to electricity.

Placed on the sea bed, fields of these cylinders could provide power for entire cities.

Placed on river beds this technology could provide energy at low cost to farms or smaller cities, towns or villages.

It is estimated that energy produced this way would cost about 60% as much as wind power, between 10 and 30% as much as solar power, and would use approximately 2% as much ocean as traditional wave power technology.