Congratulation! your data has been updated.
Articles / Alternative Energy / Nuclear Power Versus Renewables 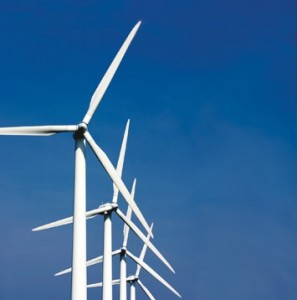 Nuclear Power Versus Renewables is part of a larger piece, Nuclear Power; a greenhouse solution?

One of the great advantages of renewable energy, particularly wind and solar, is that once the initial investment has been made and structure been built, there is largely nothing more to do.

Paradoxically this can actually work against governments supporting renewable as renewable energy does not provide the jobs nor the impact on the GDP that coal or nuclear power do.

In these days of GDP obsession where the net benefits of putting people in gaol are far greater than increasing the social safety net to reduce the reasons for crime in the first place, what is most efficient and provides the best rational outcomes is not necessarily deemed the best solution.

Consider the coal industry. There are massive coal mines, all with an economic benefit to the local area. Then there are the railways to get the coal to power stations or to a port.

Then there is the massive cost of ports, mostly taxpayer funded, the private ships … It is an industry that generates massive ongoing employment and GDP benefits; even the cost of pollution is added to the GDP!

If, on the other hand, we have wind turbines, then once they are built and installed there are very few jobs generated. No mining, small maintenance crew, no shipping, no ports…

There is an initial large cost, and therefore employment, but once operational there are no ongoing fillips to the GDP telling the world the government of the day is doing a good job!

The nuclear lobby’s biggest argument over renewables relates to their supposed inability to provide base load power. Up to and only up to a point is this true.

Every home reliant on solar power knows shortages when it is cloudy etc. However, new and varied technologies are appearing (and often being exported to more financial and ethically supportive environments) that are changing this.

Currently on the drawing board in Australia are several large solar energy power plants.

A big advantage, of course, is that the fuel for this station is free, with no greenhouse gas emissions at all once in operation.

This was planned for north of Mildura, and would supply electricity to the entire Murray River valley, some 300,000 homes.

This particular plant also generates power at night. Unable to garner sufficient governmental support locally, this project is now being developed in the Nevada (US) desert.

Recent technological advances have trebled the efficiency of the photo voltaic cell which will bring the possibility of independent electricity generation to most homes at affordable prices.

The CSIRO has developed the technology to store solar power as a gas called solar gas. This has 30–40 per cent greater energy potential than natural gas, with no emissions.

Wind power has a huge role to play within Australia, particularly as rural communities supplement their incomes and as an ongoing energy source. (See for some wind power websites)

Geothermal will have a role to play along with literally dozens of other emerging technologies.

According to Helen Caldicott in Nuclear Power is Not the Answer to Global Warming or Anything Else:

One response to “Nuclear Power Versus Renewables”