Congratulation! your data has been updated.
Articles / Alternative Energy / Why Nuclear Power is Simply a Stupid Idea

Why Nuclear Power is Simply a Stupid Idea 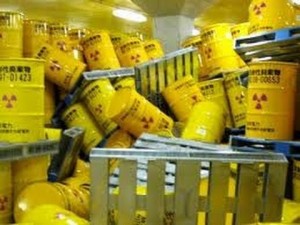 Why nuclear power is simply a stupid idea

Some arguments the nuclear lobby cannot lie about, by Mark O’Brien

Like Lazarus, the nuclear power spectre keeps reappearing in the ‘conversation’ as the nuclear and the uranium mining industries seemingly test the resolve and resilience of the anti-nuclear lobby.

Again and again in small mentions in media nuclear power appears as the answer to all of our troubles, the most glaring one, of course, being global warming.

It seems that the nuclear discussion is either something you understand, in which case you are vehemently opposed, or not, in which case you may be in favour, dragged along by a mainstream media whose propensity for investigative reporting in these days of global information channels is sadly lacking.

Is nuclear power the answer to global warming?

Nuclear power makes no sense when the entire cycle is considered.

A nuclear power plant has an average life-span of 40 years—ie, it produces energy for 40 years.

The energy input in the construction of the plant is equivalent to 10 years of energy output of the plant.

Mining, processing and shipping uranium, plus rehabilitating the mine area, uses the approximate equivalent of a further five years of energy production.

No nuclear plants have been decommissioned yet, but this is estimated to be at least as energy intensive as construction, so we have lost a further 10 years of energy production.

Nuclear plants take 70 years to cool down enough to enter, so this cost will be borne by your grandkids.

As we re seeing (in 2014) with Fukushima in Japan, workers simply cannot get it to fix the problem because it is too hot, thermally and radiologically.

If this cannot be sourced from natural sources, and all indicators are that water will become more scarce, then a desalination plant will need to be built and powered. Or it is built on the seaside a la Fukushima.

A desalination plant may use up to 10% of a plant’s output, so potentially we have just lost another 4 years of output.

Thus far we have energy input equivalent to 29 years output out of a likely 40 year life-span, and we have not opened the Pandora’s box of storage yet.

A very generous estimate, given the $billions the US has spent on Yucca Mountain that has just been rejected, would be a further 5 years of energy production absorbed in storage.

And remember, this storage needs to work, because we do not want succeeding generations of our descendants having to repair storage facilities millennia after the power company has gone bust and the government that authorised it no longer exists.

So out of a possible 40-year life-span, and for now let’s ignore all of the possibilities of accidents and the fact that taxpayers have to wear any insurance burden as insurance companies will not touch nuclear power, 34 years have already been consumed, so the whole fuss is about a technology that has a net energy gain of 12%?

Add to this the fact that if 1500 new nuclear power stations were to be built over the next 10 years, which is three per week, they would supply approximately 7% of the world’s energy needs, and there would be enough uranium to last 12 years.

Clearly at best, nuclear is a marginal technology, not the world-saving one it is promoted as.

The only thing that the nuclear lobby has going for it is that it has a lot of money, and wants to make more, much more. Do not be fooled by advertising dressed up as informed discussion.

As we saw with Colon Powell addressing the UN about Iraq’s WMDs, smart seeming people can behave stupidly if uninformed.

This is absolutely the case with pro-nuclear people, except there really is no excuse for not knowing.

For further reading and reference lists, go to Nuclear Power … is it really a greenhouse solution? by Mark O’Brien on this site.