Congratulation! your data has been updated.
Articles / GE Food / Introduction to organic cosmetics 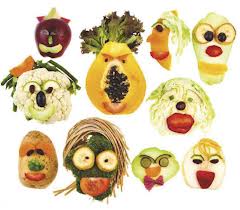 Introduction to organic cosmetics and food

Organic cosmetics and food. Why bother?

More and more the ingredients that have been used in our food and cosmetics are shown to be carcinogenic.

There is no mandatory testing of any ingredients in these products or of commonplace chemicals used in our homes.

Because there are no mandatory health standards, and no obligation on the manufacturer to make sure their products are safe, it is left to underfunded private organisations, mainly in the US, to do any testing.

Even when results are in, the ensuing PR battle about safety is one-sided as the PR budget of the Rivkins of the world kicks in.

A recent scandal has erupted over the use of lead in red lipstick. According to Stacy Malkan, author of Not Just a Pretty Face: The Ugly Side of the Beauty Industry, lead in cosmetics, especially in lipstick, is particularly dangerous because daily use can cause the toxin to build up in the body. (www.NaturalNews.com)

This kind of scandal is becoming more common as questions are being asked of our manufacturers’ ethics.

This is especially relevant to the cosmetics industry where their PR is connected to fighting cancer yet their products are a major cause of cancers, particularly breast cancer.

A recent article Toxic Nail Salons: Why Your Nail Polish Color Could be the Next Agent Orange  discusses how unlike in Europe, where the onus is on the manufacturer to show that the ingredients of their product is safe, in the US and Australia the onus is on whoever is interested to find out if an ingredient is dangerous.

With 5000 new chemical compounds entering the cosmetics industry each year it is simply overwhelming for regulatory bodies.

In Australia there is no mandatory labelling of GE ingredients in the food we buy and mostly the ingredients of concern have been given meaningless numbers and the shopper is left to decipher a code written in tiny print on the label.

For help in deciphering the meaning of the various numbers, see The Chemical Maze.

As our society becomes more globalised so does the use and toxicity of preservatives increase, as witnessed by the recent opening up of Victoria and NSW to GE canola.

It is worth researching what happened to the farmers in India once the initial surge in production GE crops brought, ceased. 125,000 Indian farmers reportedly suicided due to spiralling debt brought on by failed GE crops.

There is no point living well, breathing clean air, going to the gym, if we continue to plaster a toxic soup of additives and preservatives on our skin and eat the strange mess that is often sold as food.

A long running, $20 million UN study on the nutritional value of organic food was tabled in early 2008 and it is, according to this study, indisputable organic food is better for you.

Organic food may be more expensive, but relative to the other expenses in our lives, such as the vitamins and supplements we take because food no longer supplies what we need, the extra price of organics is mostly not that significant.

Other studies have been undertaken that show that organic veggies can have up to five times the nutrients of those grown by normal non-organic farming methods.

It may be that the current obesity epidemic is partly a result of people eating more because they are not getting the nutrition they need from the food they eat.

In this light, organic food may actually be cheaper than non-organic inasmuch as we need less.

I noticed recently that some organic apples I bought lasted far longer than supermarket, non-organic ones that had been refrigerated, perhaps frozen.

This meant that the organic apples were actually half the price because I did not throw any out.

So the economics of organic food are not so clear cut as the purchase price would indicate.

See also Chemicals in Our Lives, published on the ABC Australia website 1/4/2015, about the unchecked growth of chemicals we are exposed to daily that are NOT required to pass any safety test