Congratulation! your data has been updated.
Articles / Futurism / Our Digital Life: Where Is It Going? 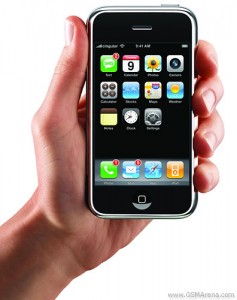 We all know that our lives, how we relate to our world, to each other has change dramatically with technology, especially with the advent of the smart phone and social media.

How is this impacting on the wiring of our brain, that will be passed down the generations?

Is technology changing us fundamentally as a species?

In the book, The Shallows: What The Internet Is Doing to Our Brains, author Nicholas Carr quotes research undertaken by researchers at Stanford University into how society is changing due to our digital lives overshadowing our non digital selves.

Our friends are changing

While social media has broadened the volume of our connections, it also narrows the demographics of who we connect with.

We tend to connect more with those of similar interests, becoming more tribal, and less with people who normally we have nothing to do with, so we become less exposed to those with world views different to our own.

Another Stanford study showed that students prefer to text someone near them than talk because they find direct communication, reading facial expressions, feeling the presence of the other, more difficult something they have not learned as much as in previous times.

Addicted to the web

A study from the Chinese Academy of Sciences in Wuhan demonstrated changes in the brain in heavy web users similar to those with alcohol or drug dependencies.

Other studies refer to changes in the frontal lobe of the brain, that area to do with decision making, self control and planning.

Due to our being able to record phone numbers, make note, reminders, pretty much everything we need to know about our lives that previously we had to remember, our ability to retain information has literally crashed.

According to some other research, one in three Britons under 30 cannot remember their phone number.

MRI scans show that when we immerse ourselves in something, such as reading a book, parts of the brain fire that are connected to empathy, to touch, movement, to responding to life in a textual sense.

When we read something superficially these parts of the brain stay asleep, suggesting that the quick read does not allow you to connect.

With the overwhelming nature of web information, we tend to absorb, to scan it superficially. Internet research shows the 95% of people never read more than 300 words of an article online.

Part of this lack of empathy is the fact that we are bombarded with disaster news, with death, with tragedy, on a daily basis like never before in our history, except of course those living in a war zone, which seems the norm now, at least psychically.

Web content generators (who used to be known as authors) know to limit paragraphs to 50 words or less, as people simply do not read larger paragraphs.

Keep the information clear, simple and to the point. Which means subtlety gets lost.

Another study showed that 80% of 18-30 year-olds were unable to navigate without the help of a satnav device, while a 2006 US study found that out of a sample of 1.5 million 16 and 17 year-olds, 85% were unable to use connected, running writing, so used to typing had they become. Most writing was like that of a child, using block letters.

It’s not all bad

There are some plusses. The US Navy uses its Massive Multiplayer Online War Game to crowd source strategies for real life conflicts.

A study of Italian medical students found that spending an hour a day on Nintendo Wii made them far better in their surgery classes. Using the internet keeps the mind sharper like crosswords do, keeping older people’s minds sharper.

An area of the brain called the dorsolateral prefrontal cortex, which relates to short-term memory and decision-making, is activated strongly in long term internet users and even activates identically after just days of internet surfing.

Along with the previously mentioned MRI scans re empathy, it appears we are moving into a society full of left brain activity (rational, mathematical), with the right brain, those parts to do with the arts, compassion, connection, having less and less activity and therefore influence over how we live out lives.

And because brain pathways shut down when not used, these parts may well just whither and die.

Due to Facebook and other social media, there exists a digital record of our whole lives, all our likes, fantasies, habits, one night stands and wild parties that will be available to anyone who wants to find it.

This has implications for job applicants whose weekend binge at age 18 may impact for their whole lives their suitability to certain jobs, impinge upon their attractiveness to certain employers.

This will necessitate teenagers having to change their names to escape their cyber history.

So parents, warn your kids about what they are posting. Once online, it is there forever.

In the not too distant future we will be able to simply point our phone at someone to know their identity, their Facebook page, their income, marital status, even their employment records.

When we shop online prices will be personalised according to our income and ability to pay, and our brand loyalty.

Mmmmmm. Seems to be appropriate to develop some strategies to tend to those other, non digital parts of us with some dedication, or we might find that we lose the best parts of ourselves that make us human.

Taken from Is the digital age rewiring us? by Paul Kendall

See also, Screen addiction as electronic cocaine and digital heroin for an updated discussion of the impacts on the brain of average screen time of kids.