Congratulation! your data has been updated.
Reviews / Homoeopathy 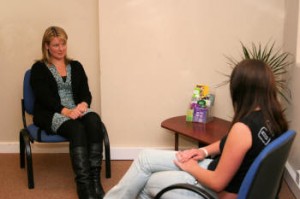 I didn’t know much about homoeopathy, so had no idea how a session would look. Basically it is a consultation, all about diagnosis mostly, then some healing work.

I arrived, and we had a long chat about my history, and that of my family.

Included in this and of relevance were lots of things that ‘traditional’, allopathic medicine would not be interested in. How I feel under certain conditions, storms, wind, heat, what makes me feel good, all kinds of things.

After some time she produced a couple of boxes of Australian Bush Essences. I held them and via using a pendulum she could see if or not they were applicable to me. It seems homoeopathy includes everything.

Do you have something to share about homoeopathy, or about this review? Go to the bottom of this page.

I held first one then the other box as she ran the pendulum over all the bottles, settling on three flower essences that each had a story to tell me about various imbalances in my system.

Some of what she spoke of didn’t make any sense to me, though later, in the healing part, they made sense.

Recently my knee has been playing up as it was about this time last year, as well as a tooth that needs attention.

She had an entirely new slant on why these imbalances in my body were appearing, surprising me in a similar way to what I had been told years ago after a much more intense session with someone else.

I had thought those aspects had been dealt with before, but here they were again and according to the practitioner were still affecting my life.

Then we moved into the healing part, where I lay on a table and she placed her hands in various places on my body.

This particular practitioner was a trained acupuncturist, and while she rarely uses needles, she is very attuned to meridian energy flows.

As I lay there I had space to tune into my body, and to see if what she had spoken of had any resonance inside, and was surprised when various ‘lights went on’, like ‘Aha!’

After some time she told me about her insight into what was happening with my system, and it was great.

She definitely has an strong intuitive ability which while not imposed is quite accurate.

She gave me what is called a ‘constitutional’, a homoeopathic remedy that which aligns with my particular make-up and that I should take monthly, which boosts immunity, a bit like ‘an apple a day’.

She also prescribed some herbs to take to help my system deal with the various stresses of my life. Needed that!

I felt really good after all this, and walked out feeling like I had more of a handle on my life.