Congratulation! your data has been updated.
Jokes / Sexual Jokes / A Couple On Holiday In Pakistan

A Couple On Holiday In Pakistan 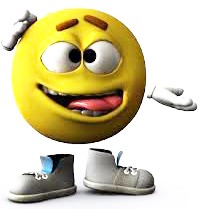 A Couple On Holiday In Pakistan

A couple on holiday in Pakistan were touring around the marketplace looking at the goods and such, when they passed this small sandal shop.

From inside they heard a gentleman with a Pakistani accent say, “You foreigners! Come in. Come into my humble shop.”

So the couple walked in. The Pakistani man said to them, “I have some special sandals I tink you would be interested in. Dey make you wild at sex like a great desert camel.”

While the wife was really interested in buying the sandals after what the man claimed, her husband felt he really didn’t need them, being the sex god that he was.

The husband asked the man, “How could sandals make you into a sex freak?”

The Pakistani man replied, “Just try them on, Saiheeb”.

The husband, after much badgering from his wife, finally conceded to try them on.

As soon as he slipped them onto his feet, he got this wild look in his eyes; something his wife hadn’t seen in many years – raw sexual power.

The Pakistani then began screaming, “YOU HAVE DEM ON THE WRONG FEET!”