Congratulation! your data has been updated.
Articles / General / World Dharma and natural freedom 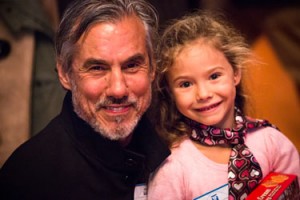 A new form of contemporary spirituality. In recognition of our inherent human interrelatedness.

An interview with Alan Clements, by Jeannine Davies

Alan Clements was the first American to pioneer the dharma from the Buddhist country of Burma, where he lived in a monastery during the 1970s and 80s, five years of which he spent as a monk.

During this time he trained in Buddhist psychology and vipassana meditation with two of the most respected meditation masters of our era, the late Mahasi Sayadaw, and his successor Sayadaw U Pandita.

Since 1989, Alan has expanded his teaching beyond classical Buddhism to become an evocative spokesperson on the transformation of consciousness as the basis of freedom and dignity, lecturing and teaching retreats worldwide.

His contemporary understanding of “essence spirituality” and its expression through activism and “world-relationships”, have brought him international recognition.

His tireless efforts to act on behalf of freedom, human rights and oppressed peoples have led Mr. Jack Healy, the former director of Amnesty International, to call Alan “one of the most important and compelling voices of our times.”

Alan has lived in some of the most highly volatile areas of the world. In the jungles of Burma, in 1991, he witnessed and documented the genocide of the ethnic minorities by the military dictatorship, which he wrote about in his first book, Burma: The Next Killing Fields?

He then lived in the former-Yugoslavia during the war where he wrote “Burning” (a screenplay).

Back in Burma he co-authored The Voice of Hope, the acclaimed book of conversations with Aung San Suu Kyi, Nobel laureate and leader of her country’s non-violent struggle for freedom.

Clements is also co-author of Burma’s Revolution of the Spirit, with a foreword by the Dalai Lama.

WorldDharma is a spiritually-edgy, non-sectarian dharma community dedicated to exploring the inseparable link between our inner journey and engagement with our outer journey through “world-relationships”

Jeannine Davies: Please explain what you mean by the title of your next book “Natural Freedom?”

Alan Clements: As fragrance is innate to a flower, so too is freedom innate to the heart.

Freedom is our essence.

This is as obvious as standing out in nature and asking, “Where is nature found?”

It’s all around you, and in you. When you know “true nature” as such, you wake up, you begin living again, and in some way, you stop dying inside. The Buddha called this realisation Nirvana, or the “deathless”.

This is something you don’t actual learn, so much as “feel into” as a progressive set of realisations. It comes from the inside out, and flows through the pores of your entire being. Herein lies natural freedom. Remembering we have nothing to fear when we are true to ourselves.

The authentic spiritual life is not about fitting in, or transcending some imaginary self. It’s about being a person, obliterating fear, and doing something remarkable with our lives.

Jeannine: How does this relate to classical Buddhism?

Alan: To me the Buddha is a metaphor for radical courage and self-honesty. Blazing your own trail, following your most natural calling: the instinct for freedom.

Furthermore, the WorldDharma teachings are rooted in a concept the Buddha explained as his basic attitude as he pursued liberation.

He said he made each and every person he met his ultimate object of reverence.

In other words, we cannot become free in isolation. Thus we must become devoted to life and not to dogmatic theories or teachings.

We no longer need to be confined by the motifs of spiritual vs. non-spiritual, dharma vs. adharma, Western  vs. Tibetan.

We are bigger than that. It’s time we evolved a new language of world truths, World Dharma, that transcends culture and nationalism, politics, religion, and all forms of spiritual tribalism.

What I am teaching today is my attempt to open a door to a truly universal dharma – one that is transcultural, nonsectarian and utterly human.

So, from the standpoint of my classical Buddhist training, Natural Freedom and its expression through WorldDharma  is both a distillation or essence of the past, as well as evolutionary, an expansion beyond it.

Jeannine: How does one guard against the dangers of spiritual indoctrination? This is a phenomenon that we see increasing at an alarming rate in the West.

Alan: By looking at self-deception. People can unwittingly weave themselves into a cocoon of false ideas, all the while assuming they’re free. It’s very Orwellian.

Noam Chomsky, one of the world’s leading intellectuals, has written extensively on indoctrination and the role of propaganda.

In Thought Control in Democratic Societies he explains how the powers-that-be use misinformation and propaganda to “manufacture consent”, whereby one is unknowingly manipulated into believing lies that function to support the needs of the elite.

He also outlines modes of self-defense tools to safeguard one from becoming a political puppet or a spiritual sheep, namely, sharpening self-inquiry, critical analysis, and independent thinking – the basics of a smart spiritual life.

In the book I am writing I elaborate on a concept that I conceived several years ago called ‘Dharma Intelligence‘.

In large part this concept is evolved by fostering a questioning mind.

It is the number one dharma quality that I think any serious seeker and spiritual teacher should constantly develop.

See, I found in exploring the mind of totalitarian regimes, like in Burma, is how they try to shape citizens into a faceless, dull sameness, where creativity, critical analysis, and even the slightest whisper of dissent are fiercely repressed.

In a much more subtle level, the same repression occurs in some spiritual scenes. In these cases dogma is mistaken for dharma and self-deception is considered realisation.

Such people are easily noticed. They become dissociated and cut off from life and themselves, often using words that have no basis in reality, while everyone on the ‘inside of the group’ knows exactly what you mean.

As a result of it, the cult of sheep are born, and the indoctrination of a mind occurs.

It seems that a lot of people feel that it’s better to ‘believe and belong’ than to authentically quest at one’s edge. As mortals we are constantly struggling towards truth and are never in full possession of it.

Jeannine: How does the questioning mind apply to your edge?

Alan: Before I went to the jungles of Burma or to the former Yugoslavia during the war, I thought that I had some real relationship to freedom, until I realised how contextual and myopic my freedom was.

Take away my comfort, my security, my clothes, my home, set aside other things like witnessing ‘ethnic cleansing’, I realised that my freedom was relative indeed.

Also, I thought that I had a reasonable understanding of generosity, until I saw people sacrifice their lives to save others.

I thought I understood compassion until I had a stranger shield my body with his to protect me from the shrapnel of a rocket attack.

All I’m saying is that in our spiritual quest, the most important thing I’ve learned is to keep an open mind and heart.

I’ll give you an example from my own experience. I lived in Croatia and Bosnia for some time during the war and I witnessed staggering levels of suffering.

But one day I was jolted awake, shaken from my blind relationships to faith, dogma, doctrine, Buddhism, and other fears and fantasies that had no real basis in my direct personal experience.

I was driving back to Sarajevo one afternoon from Srebrenica, the town where 7,000 Bosnian Muslims were slaughtered.

I was with my friend from the International Rescue Committee. After hours of driving through bombed out villages, we stopped by the side of the road to take a break.

In a nearby field some men were digging. We walked over and found a mass grave – a pit of putrefying human flesh.

It was heart-wrenching and frightening. We gasped from the stench. I noticed an exposed hand protruding from the ground with a ring on one of the fingers, glistening in the sunlight.

There was no way of telling whether it was a man’s or woman’s, but the ring symbolised for me a marriage, a bond of love, not just to another, but to God, to a life beyond racism, prejudices, and all forms of separation.

To me the ring symbolised a marriage to the world, to dharma, and to the laws that govern this terrifying and beautiful existence that is so sick, so mysterious, so large, so utterly mad and gorgeous.

At that moment, I realised that no matter what I knew or how free I assumed myself to be, my heart had a lot more room to open and for wisdom to grow.

I asked myself if it were possible to rectify the split of god and devil in one’s own heart.

Could I transcend love and hatred, good and evil, this world and nirvana?

In that moment the notion of spiritual transcendence seemed preposterous and inhuman.

The dharma was a means to embody our humanness, not to nullify it. I wanted good and evil to kiss, not disappear as if they were a dream.

Forgiveness suddenly seemed more important than the transcendence of duality.

Jeannine: Are you suggesting that spiritual freedom is found through these human responses?

Alan: I’m suggesting that our spiritual path should serve our humanness, not our projections of perfection.

In 1989 I led Vipassana meditation at a conference in Los Angeles headlined by the Dalai Lama, who had just received the Nobel peace prize.

He told the story of a monk in Tibet whom he greatly admired. The Dalai Lama explained that this monk, known as the Weeper, was given his name because he was so attuned to the suffering of others that he often wept.

The Dalai Lama was deeply inspired by the Weeper’s highly developed compassion. Now, weeping all the time isn’t your typical, well-adjusted Buddhist stereotype.

In fact, in many spiritual circles one might be evaluated as traumatised, in denial of childhood dysfunction, and very likely be put into psychotherapy and given Prozac.

Yet this weeping monk was an inspiration to the Dalai Lama himself. I was moved by this story.

Now, after so many years of pursuing a path of transcendence, both of self and suffering, I’m more compelled to actually be myself and feel the suffering, as well as enjoy the joy. It’s a much more natural way of connecting to the essence of mind, which is innately clear, wise and good.

This is the role of meditation, or Bhavana in the Buddhist Pali language, which means relaxing into the naturally unfolding beauty of consciousness.

Jeannine: In a nutshell, how would you describe what you teach?

Empower your entire being, live fully and in the present, make yourself irresistible, honour the innate beauty of being, and, most of all, make every aspect of your life a dance, an opportunity to liberate yourself and others from fear, narrow-mindedness, and ignorance, as well as expanding into compassion, open-mindedness and understanding.

Do not be fooled that enlightenment is a state beyond the person right in front of you. That is where the dharma becomes enlightened: finding liberation through living, right now.”