Congratulation! your data has been updated.
Articles / Futurism / Where Is The Virtual World Taking Us? 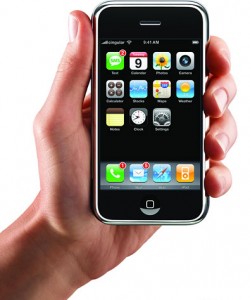 Mark O’Brien reflects upon the trend towards poor behaviour in our daily life and our public discourse and asks where is the virtual world taking us?

Recently the episode (see Bogans on Sydney Bus) on a Sydney bus in which some bogans abused some French women for singing a French song demonstrated a general degeneration of public behaviour.

Somehow people feel like they have a licence to be awful, to say the vilest things that come into their ‘minds’. How much of this is attributable to the internet and how has it changed how we relate?

Let’s try and unravel this.

Are screens making us stupid?

Scientists studying children who spend a lot of time on the internet or watching TV, talk about the changes that occur (or do not occur) when a large part of people’s neurological formative years (up to the late teens) is spent looking at a screen, a mental projection.

They talk about a lack of previously normal development of the frontal lobe of the brain, that part which deals with planning, with consequences, that deals with being able to alter behaviour, that occurs in people who spent their teens in front of a screen.

This lack of developement of the frontal lobe translates to an inability to switch off the screen to go outside and make up some game or fantasy and also to a lack of empathy.

Steiner education denies screens, even reading, to younger children on the basis that Steiner believed that kids needed a solid grounding in reality, in the existential rough and tumble, to be able to distinguish between reality and fantasy, between fact and imagination.

At some point down the track, psychology will study and find that putting our kids in front of screens is a mental child abuse that produces adults who are without boundaries and internal compasses.

Instead of interacting physically with our world, where if we fall out of a tree it hurts, where if we run on rocks we have to watch our feet or we will fall over and possibly have an existential problem (eg broken leg, cut lip etc) to deal with, we are growing up disconnected from nature and the natural feelings of empathy and connection with others.

With the advent of social media, people are also interacting with others purely in a mental way: they do not get to look into the other person’s eyes, feel their body language, feel their own response to another’s emotions.

They simply relate in a purely mental way.

Years ago when I first started having email-only relationships with people, especially advertisers, it would happen that some perceived conflict would arise.

This not because either of us meant any animosity towards the other, but simply because the abrupt responses that email affords, the ‘yes’ or ‘no’ answers, actually did not create any basis of mutual understanding that longer, more descriptive answers would, that then create a connection that can weather conflict.

It took a while for me to understand that the person at the other end does not automatically understand my ‘tone’.

My partner took to reading all of my correspondence to make sure that my ‘tone’ was OK until she felt I could be trusted to not upset someone simply because my typing was too slow to communicate properly!

Virtual relationships have a certain similarity to relating to a machine.

We feel far greater licence to abuse someone in a call centre than we would if that person came to our door, or was the local Telstra rep at the post office we knew and had connected with.

I am not talking connected as in deep connection, but simply a connection that exists between two people who have the barest minimum to do with each other but still acknowledge the humanity in each other.

The ‘trolls of the internet’, those who, like bogans on steroids, heap abuse on strangers just because of a differing of opinions, have become a notorious part of the online ‘conversation’.

Because of the anonymity of internet communications, the fact we are in our offices/homes/bedrooms, in completely different realities, relating to someone not only outside of our reality but as firmly involved in theirs, means that we can easily relegate the other into the role of a non-person, simply a functionary in our lives, virtually a machine.

Licence to be ugly, to be nasty

Because there are no natural filters when we relate online, such as a person standing in front of you who may tear you to shreds if you out-of-the-blue abused them, people feel that they can express whatever they choose about the person who has a different opinion, as though they have waited lifetimes to vent their nastiness, their sense of disentitlement and disenfranchisement.

The cyber bullying that happens among schools, businesses, or on poorly moderated forums, is all stuff that would never be said personally, or at least not at first.

As people become more emboldened online so it starts to filter into their everyday relating, hence that bizarre episode on the bus.

Spending a lot of time in Bali recently has brought me into contact with the kind of Aussies I have avoided for my whole life.

Some are harmless enough, while others … well, I always find myself apologising to my Balinese friends for their behaviour.

Again and again I get surprised by their hostility, their readiness to engage in abuse and misplaced superiority.

The culture of extremism

Perhaps it is also due to the violence in the media, the 24-hour news cycle that brings mostly violence into our living rooms; in our films and video games, where we have become brutalised by disconnected violence.

Where the culture of extremism, whether athletic, sexual or emotional, is seen more as living on the edge, a good thing, than simply a a neurochemical addiction that is out of control.

Where we need more and more adrenalin to get the same feeling, more and more outrageous behaviour to make us feel alive, good about ourselves.

Have we already, via our easily manipulated addiction to extremism, turned into the entirely predictable and controllable society of Orwell’s 1984?

The hugely popular The Hunger Games books point to a world that is not so far away from ours, even though it appears so.

One only has to get a glimpse of UFC, the ‘unlimited’ cage fighting, and recognise The Hunger Games, the dehumanisation reminiscent of the days of the Collaseum.

Again and again, we see these kind of things, forgetting that these people are human.

And so slowly we forget that we are human too, that we have a particular sensitivitity that needs nurturing, noticing, that we are not bottom-feeding animals just running on our survival instincts.

It all boils down to the cat of ‘freedom of speech’ being let out of the bag. Freedom of speech is a wonderful idea but whose freedom are we talking about? What speech? And who decides?

We all know about the shock jocks who brainwash large sections of our society with diatribes against anything that smells of liberalism. Eeek!

The sexist and violent insults laid daily at the feet of our Prime Minister Julia Gillard from the Right embarrass anyone with sensibilities: is this really happening in Australia?

There is a remarkable lack of kindness in our public life. Or at least there is very little we hear about.

Maybe we can listen to the Dalai Lama, who alone of the world’s religious leaders seems to remain free of mud slinging, whose principal message is a simple one: be kind.

It is our connection to other people, to nature, to feelings, that makes us human. Beware anything that undermines that connection.

Mark O’Brien is the editor, publisher and founder of the Byron Body & Soul Guide.

See also, Is the Digital Age Rewiring Us? and Our Digital Life, where is it going? on this website

For more info about how screens affect children’s brains, go to Kindredcommunity.com

Watch the video of the verbal assault on the Melbourne bus.