Congratulation! your data has been updated.
Articles / / The Flouride Debate Is Back 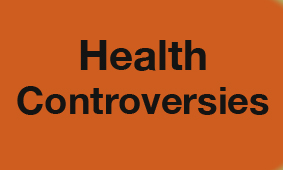 A debate has been raging over the last 20-30 years about fluoridation and whether or not the supposed health benefits (less tooth decay) outweigh the negatives which include dental fluorosis-spotted, stained, or pitted teeth, none of which have ever been acknowledged by those in favour of fluoridation.

Opponents claim that while there may be some dental benefit from topical use (ie, via toothpaste) there is no evidence that supports systemic use (via water supplies) and evidence of side effects as listed above is increasing.

In the US, fluoride supplements for children have never been tested for safety and efficacy by the FDA.

Brian A. Burt of the University of Michigan School of Public Health states that, “Fluoride supplements should no longer be used for young children in North America…the risks of using supplements in infants and young children outweigh the benefits.”2

Eating a lot of sugar or drinking sugared sodas, such as what kids with caries do, increases cavity risk. “And fluoride won’t help,” Reggie VanderVeen, a Wyoming dentist, stated in an Associated Press story on children’s tooth decay. “Sugar will beat fluoride every time,” he said.6

“The notion that systemic fluorides are needed in nonfluoridated areas is an outdated one that should be abandoned altogether,” says Canada’s leading fluoride authority, Hardy Limeback, head of the Department of Preventive Dentistry at the University of Toronto and past president of the Canadian Association for Dental Research.7

This article has been taken from
Debunking Fluoride: Cavity Fighter or Toxic Intruder?
By Carol S. Kopf

Visit to view a news report by the Adelaide (Australia) Today Tonight current affairs program. It is quite unusual to see such a debunking of the popular myths of flouridation of the water supply in mainstream media. Search for Flouride. (7/2010)

Article By: Mark O'Brien Related to: