Congratulation! your data has been updated.
Articles / Babies / Supporting kids health before conception 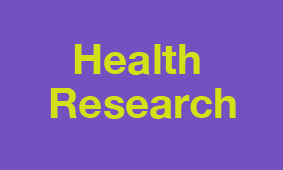 In an article published on the Australian ABC website a study was reported that indicated that we need to be supporting our kids health before conception via the mother’s diet in order to reduce future cancer and developmental issues.

As more and more governments are concerned about the affordability of future health care, this is a discovery with far reaching economic ramifications.

The study, launched by (UK) The Medical Research Council and published on Genome Biology says that the health of the mother at conception can permanently change how the gene responsible for immunity and cancer susceptibility functions in her kids.

2,000 women in Gambia, where people have a very seasonal diet which delivers maximum nutrition during the wet months and minimal nutrition in the dry, had their nutrition levels at conception measured and correlated against DNA samples taken from the hair and blood of their 2-4-month-old babies.

Here they found that certain genetic markers that indicate low immunity and higher cancer risk were far more prevalent in babies conceived in dry times when there was less food, while those conceived in the rainy season, when rich and more nutrition’s food was available, had the genes in a healthy position.

It actually appears that what happens dietary-wise with the mother is more important, genetically speaking, prior to conception than during pregnancy.

So, what does this mean for women in the West or in other, less seasonally variable societies?

Clearly every mother would prefer their child to be as healthy as possible.

It is generally understood that what a mother consumes during pregnancy, such as drugs, alcohol or cigarettes and junk food, can have an impact on their child’s development.

This research widens the area of the responsibility of the future mother for her child’s health and longevity. And of course the support of her partner to eat well and be supported to be as healthy as possible throughout the time of possible conception.

The upshot seems to be that if a woman wants to have a child, and wants to give her child the best chance of a healthy and successful life, then she needs to develop a healthy, nutrition rich diet and a lifestyle free of environmental toxins.

Quite a challenge in a world that gets more environmentally challenging daily and where a mother’s ability to raise an optimally healthy child is undermined by so many factors.

From an economic perspective, it obviously makes far more sense for governments to be supporting women, particularly those intending to have kids, to have a healthy and nutritious diet and lifestyle.

An intelligent society would therefore be better off supporting kids health before conception with programs to assist future mothers, adolescent girls, with dietary and lifestyle support.

Pretty obvious really, as we certainly make sure our soil is rich before we plant our crops, so why would people, and animal, be any different?

• A study published at Nature Communications about this research.