Congratulation! your data has been updated.
Articles / Parenting / How To Stop Kids Killing Themselves 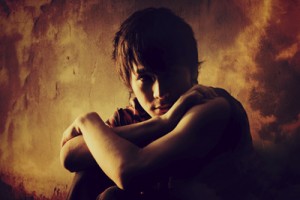 An article published on the ABC site 13/2/2012  All gore: an inconvenient truth suggests that kids need to confronted with more gore so they can learn that they are fallable and that actions can kill.

Nice idea, but there is one vital piece of information missing. The latest neuroscience tells us that at around puberty the frontal lobe shuts down.

Yes it simply shuts down, while other areas of the brain are activated. And it does not get reactivated until between 16 and 20.

What this means is that teenagers are simply not able to plan, or even to intuitively assess risks. Hence the dramas every family goes thru with teens – have you got this, have you got that, did you remember to pack your brain …?

So kids, left to themselves, will not get it that they can die, that bad things can happen.

Now, this can go to extremes where kids are shielded from breaking arms, falling out of trees, off skateboards, all of which teach their own lessons.

I think that it is the increased sheltering of kids that happens today that leads them to greater and greater acts of stupidity.

Older generations took lots of risks, driving fast ( you simply forget about dying) and some died, had their lives destroyed and/or destroyed others’.

However, because there were less of them, and the cars not so fast tho the roads much worse, and because they were not bathed in a media bath of extremism that told them to push every boundary real or imagined, it was not so radical.

I remember tho as a kid the number 1034, being the numbers killed on Victorian roads one year, so kids were just as stupid before re cars, tho not as far as violent behaviour was concerned.

We also miss any experience of initiation, where kids get to experience some things they cannot rationalise, cannot talk their way out of, like trouble at home or school. Search on this website for articles on initiation.

Often bad behaviour is simply a scream of ‘catch me if you can’, ‘bust me’; which comes down to simply ‘see me’ attention seeking behaviour.

While we look at kids as problems on legs instead of seeing what their needs are instead of their wants, if we have the maturity to do that (unlikely given that most parents did not really grow up either, simply growing older), then maybe they start valuing themselves, respecting their own life and in turn respecting others’.

How to do this? Pathways to Manhood in Byron Bay runs programs for boys, while a similar program is run for girls. Same-sex parents and teenagers go away for a week and connect, do some exercises, but mainly it is about connecting.

Seems to work, as kids from these programs seem to be much more solid in themselves. And so less prone to making stupid mistakes, or at least not as often, and never the same one twice.

The parents love it too, as mostly they grieve when puberty hits as the child they have nurtured for many years behaves like a stranger. And he or she is, having been hit with a massive rush of hormones they will never again experience.

We know what happens with men with too much testosterone; they act violently, and often end up in gaol.

Well, teenage boys have 6-800 times as much testosterone in their systems. Little wonder they appear to have no brains.

Kids are not to be tamed, they are to supported to be who they can be.