Congratulation! your data has been updated.
Articles / Inner Questioning / In Praise Of Heresy

In Praise Of Heresy 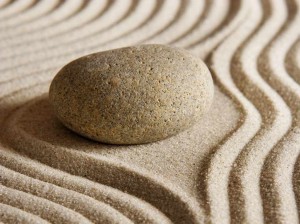 In Praise Of Heresy

Living, as we do, in a time of unbelief, an ‘unbelievable time’, heresy is scarcely an issue.

However, less than a dozen generations ago ‘witches’ were still being burnt for heresy, sometimes by the dozen, although frequently their crime was no more than the paranoid misogyny of their prosecutors.

And exactly a dozen generations ago one of the most famous of all the thousands of victims of the Holy Inquisition, Galileo Galilei, died after eight years of imprisonment for the heresy of confirming, through observation of the planets, Copernicus’ theory that the earth was a planet of the sun and therefore not the centre of the universe.

He was forced under the threat of torture to recant his ‘belief’ in a heliocentric system (despite the observed evidence), thereby restoring earth to its central position in creation, mankind to its prime position as the image of God, and thus the Church to its position as the instrument of the divine.

God knows what Galileo’s inquisitors would have done to today’s scientists. Or us. We’ve come a long way fast.

We are fortunate to live in these relatively enlightened times. However, elsewhere on earth heresy is still a capital crime.

The case of a young couple currently detained in Australia, Leila Azad and Saeed Khalilpour, demonstrates the danger.

They face the death penalty for apostasy — ‘the renunciation of a religious or political belief or allegiance’;  that is, heresy by another name.

Their crime was to return home to Iran from universities overseas with books on yoga and meditation! Imagine that! Inconceivable! Scarcely a household in the whole of Byron Shire would avoid the gulag.

Our privilege, as a generation, to explore and enjoy eclectic, heterodox and sometimes blatantly bizarre beliefs is unprecedented.

These particular beliefs of course derive  from one culture and conditioning, but every institutionalised religion and belief system seems to need to devise outrageous delusions and mystifications.

Buddhist myth tells that Prince Gautama was born a walking, talking babe and that where his feet first trod lotuses bloomed… Really… well, if you’re going to lie, lie boldly. If you’re going to tell a story, tell a whopper.

But such stories inflate themselves till, like a balloon, they finally explode.

There is a coarseness about them that makes them relatively easy to identify, especially when we have no investment in the systems that they support.

We can guffaw away at the naivety of those who could believe such nonsense. But belief is not always so transparent, and our own precious beliefs least of all.

The abundance that our generations have enjoyed includes both quite extraordinary access to information, and the time to explore it.

Education, media and travel have exposed us to a previously unimaginable cornucopia of knowledge, ideas and experiences.

No wonder that our inherited beliefs seemed inadequate when faced by this plethora of possibilities.

They were inadequate, even infantile.

Typically, however, what many have done is to empty the suitcase of old clothing, only to fill it up again with exotic new fashions culled from the world’s boutiques of beliefs.

It is useful to realise that while the content has changed apparently dramatically, the form remains sometimes remarkably similar; that the contents of the suitcase, however exquisitely crafted from superb materials, are in themselves the burden.

Finally of course it is realised that the contents of the case are not really the point.

They are a fascinating distraction from the main issue, which is the container itself demanding self-knowledge.

Especially those; they are likely to be the most delusional of them all. Question everything.

All conclusions are provisional. Anything is possible. Nothing is certain. No rest, only the journey.

How exhausting. How exhilarating. How ennobling. How necessary.

It is hard for us now to understand the consequence of Copernicus’ and Galileo’s revelations to the world-view of their times.

Not only were they challenging theological dogma and the received wisdom of millennia, but also the very evidence of the senses.

Goethe described it so:

‘The world had scarcely become known as round and complete in itself when it was asked to waive the tremendous privilege of being the centre of the universe.

Never, perhaps, was a greater demand made on mankind — for by this admission so many things vanished in mist and smoke!

What became of our Eden, our world of innocence, piety and poetry; the testimony of the senses; the conviction of a poetic-religious faith?’

No wonder his contemporaries did not wish to let all this go and offered every possible resistance to a doctrine which in its converts authorised and demanded a freedom of view and greatness of thought so far unknown, indeed not even dreamed of.

In our own time, these times, similar demands are being made of us and will be made of us.

Perhaps it will be said of this era also that ‘never was a greater demand made on mankind’ (if, that is, there is anyone left to say it).

Physics and astronomy are expanding and exploding our most precious cherished notions and beliefs to the point where, in Big Bang Theory, even space and time themselves (or space/time itself) are realised as finite.

The question ‘what happened before the Big Bang’ has no meaning if it is understood that the Big Bang also created time itself.

Before that, there is no ‘before’.

The timeless cannot then be comprehended as forever and eternal, but rather perhaps as never (and — plausibly — internal); which is effectively inconceivable — though not necessarily unknowable.

Similarly, the Big Bang did not explode into the empty void of pre-existent space but itself created the very space into which it exploded.

From nothing. NOTHING. Unthinkable. Marvelous. Miraculous. Mysterious. Mind-blowing…

…because, of course, the Big Bang Theory is still only theory, not fact, and even less, experience; and even in as much as it might be correct, it does not at all demystify the mystery, but rather expands it to unimaginable dimensions.

And then imagine what the insights and discoveries the next decades might reveal.

Astrophysics and neuroscience will eventually make our current beliefs seem as quaint as the flat-earth geocentric paradigm and its consequent theologies seem to us now. And still only provide improved models, themselves provisional.

It’s the journey, stupid. Nevertheless, as it is said, nature abhors a vacuum.

The practice of meditation pretty soon reveals the whelming pressure of thought.

And just as, it seems, the brain as mind demands content, so to (to say the same thing in another way) it would seem that I demand belief, really do not, cannot exist without it; really am it.

The container, then, is also its contents, is defined by them and has no knowable existence without them. In other words, when I am free of thought, what am I? Am I?

And how would I know?

Similarly, I cannot really be free of notions, concepts and beliefs — they are certainly a necessary survival strategy; how could I operate in the apparent world of things and events without some reasonably coherent internal model of how that world is.

Impossible. And, in practice, it doesn’t really matter if that model is ‘correct’ or ‘true’; all that really matters is that it seems to work, most of the time, more or less.

However, in the journey towards self-knowledge (which is what really we’re talking about here) it becomes positively essential that working paradigms are recognised for what they are and not assumed to be more than they are.

In other words, resist extracting truth, and especially truth, out of a relative, provisional and personal reality — delusions of grandeur born from the illusions of I.

The danger is that in defence of our errors, our delusions, we become right, and another fundamentalism is then born to fight it out  with all the others.

The secret for harvesting from existence the greatest fruitfulness and the greatest enjoyment is — to live dangerously! Build your cities on the slopes of Vesuvius!

(Or, he might have said, the sands of Belongil and the swamps of Byron.)

However, is there anything more dangerous than being prepared, at any moment and when reminded, to sacrifice those core beliefs that seem to define us, become us, are us, particularly the belief that I am?

Belief is frequently identified as more important than life itself; millions or more have died for their religious, political and patriotic beliefs.

In this age of individualism (curiously the word derives from the same root as ‘indivisible’, and yet somehow has come to mean quite the opposite), is there any more dangerous demand than to be free of the belief in a substantial separate personal self, the separate solitary I (desperately lonely or gloriously alone, it’s still out there on its own, isn’t it? Aren’t I?

And then demanding crude or sophisticated but always complicated systems and structures to sustain this solitary self, notions to support myself.).

If I let go of that, what would remain?

Everything would remain, including the illusion of I; the only difference being that it is now understood to be illusion.

We are quite used to living with illusion; we know that the reflection in the mirror is an optical trick of glass and silvering.

The appearance remains even when I understand that it is illusion and how the illusion works.

Similarly the realisation that my sense of a substantial self is a trick of the brain doesn’t make the illusion of I evaporate; I am as I ever was, except now with the understanding that I never was, I only ever thought I was; which is just what I continue to do now.

Galileo’s observations confirmed Copernicus’ theory; nevertheless this deeper understanding of the solar system, which we now all take for granted, does not change our daily experience; the sun still rises in the east, moves across the sky and sets in the west.

The actual experience is as it ever was, and, rightly, the earth remains the centre of our concerns.

Nevertheless our understandings are profoundly changed and this, in turn, changes behaviour.

At least we no longer burn witches. Just as Copernicus’ theory finally required mankind ‘to waive the tremendous privilege of being the centre of the universe’, so too the realisation that there is no actual separate self (in other words, no substantial entity at the centre of myself), ‘demands’, to quote Goethe again, ‘a freedom of view and greatness of thought so far unknown, indeed not even dreamed of’.

This, I suspect, is the challenge and gift of these unbelievable times, towards which all the inquiries and explorations of the last decades (if not, even, the whole current of evolution) are leading us. It’s definitely on the agenda.

And the consequences and ramifications of this understanding are, of course, huge.

Although in the phenomenal world nothing obviously changes, in fact, as far as you are concerned, nothing — obviously — can ever be the same again.

Article By: Admin Related to: Inner Questioning Musings About Sharing Ourselves Spiritual Journeys