Congratulation! your data has been updated.
Articles / Futurism / Natural Capitalism 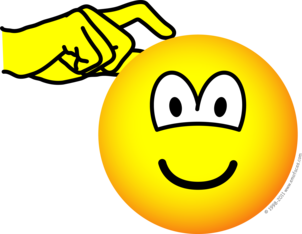 If you get into a conversation about sustainability, and the talk turns to economic issues, someone is probably going to mention a book called Natural Capitalism: Creating the Next Industrial Revolution.

The bad news about the future, according to the book, published in 1999, is that without a healthy earth we aren’t going to have a healthy economy or a healthy society. The good news is that we can have all three by making some logical changes.

Natural Capitalism was written by Paul Hawken, (the author of other influential books including The Ecology of Commerce,) and  Amory and Hunter Lovins, authors and international consultants who founded the Rocky Mountain Institute at Aspen, Colorado, a public policy institute.

‘In the next century, as human population doubles and the resources available per person drop by one-half to three-fourths, a remarkable transformation of industry and commerce can occur,’ write Hawken and the Lovinses.

‘Through this transformation, society will be able to create a vital economy that uses radically less material and energy.

This economy can free up resources, reduce taxes on personal income, increase per-capita spending on social ills (while simultaneously reducing those ills), and begin to restore the damaged environment of the earth.’

The book is partially based on hundreds of case studies of innovative businesses, and its opening page offers a glimpse of where the authors say we could go with economic and technological trends already in place:

‘Imagine for a moment a world where cities have become peaceful and serene because cars and buses are whisper quiet, vehicles exhaust only water vapour, and parks and greenways have replaced unneeded urban freeways.

OPEC has ceased to function because the price of oil has fallen to $5 a barrel, but there are few buyers for it because cheaper and better ways now exist to get the services people want…’

The passage also describes impressive advances in providing people with living wages, in creating stronger social networks and in other aspects of life on earth. Elsewhere in Natural Capitalism, the authors descend into technospeak to make a key point. But you’ll get the idea:

‘The environment is not a minor factor of production but rather an envelope containing, provisioning, and sustaining the entire economy,’ they say.

‘The limiting factor in future economic development will be the availability and functioning of life-supporting services that have no substitutes and currently have no market value.’

3. Transitioning from a goods-producing, ‘owning things’ economy to a ‘service and flow’ economy (example: buying carpeting service from a company instead of buying a carpet and discarding it when it wears out).

4. Investing in activities that protect or restore the ecosystems we depend on.

‘To me, the main point of the book is that traditional capitalistic accounting systems are not designed to measure or encourage sustainable economic practices, but with some key changes market systems can be used to help achieve a sustainable future,’ said Bill Boggess, the head of Oregon State University’s Department of Agricultural and Resource Economics.

‘First,’ Boggess said, ‘we need to make sure that market prices reflect the full costs of production and consumption, including resource degradation and pollution costs.

Second, we need to focus more on resource use efficiency rather than the traditional focus on labour productivity.

Finally, we need to  account for changes in resource stocks or inventories, like trees or topsoil, as changes in net investment — assets —rather than as components of short-term revenue — profits.

‘These changes would help create a price system that would systematically encourage both producers and consumers to change their behaviour in ways that would lead toward a more sustainable future.

It would also create incentives for businesses and consumers to actively search for new, more sustainable technologies and

Some people looking at sustainability believe this kind of accounting shift, from emphasising labour efficiency to emphasising natural resource use efficiency, will occur through traditional free-market dynamics as natural resources become more scarce and pollution more obviously an economic factor.

But there are other ways a society can move in that direction, it’s been noted.

One is incentives, a carrot-rather-than-stick approach.

Incentives encourage good behaviour. For example, power companies can give credits for energy conservation, or governmental agencies can charge lower fees for business activities that protect or help improve the natural world we rely on.

One form of this is so-called ‘zero sum’ taxing, where receipts from taxes on ‘bad’ business and individual practices like polluting are used to subsidise ‘good’ activities like increasing efficiency and protecting natural resources.

Some believe Oregon could chart a more sustainable economic, environmental and social course by shifting its tax system in this direction.

Tax shifts are working elsewhere, says This Place on Earth 2000, a book published by Northwest Environment Watch, a not-for-profit research centre based in Seattle:

‘Nine European governments have begun reducing taxes on “goods”, (desirable things) such as paychecks, and replacing the revenue, dollar for dollar, with taxes on “bads”, such as toxic waste. And the move has helped both economy and environment,’ says the book.

‘There are some implementation issues with green taxes (a name sometimes substituted for pollution taxes), though

‘The challenge is to try to correctly price what the costs are. Maybe we can all agree a certain thing shouldn’t be done. It’s bad for the environment.

But if you arbitrarily plug a cost in, and if you implement that in a nonsystematic way, you may unfairly discourage one industry or another. Putting that in place presents real challenges.’

Warner offers a different option for a tax shift, though public elections in recent decades suggest a majority of state voters may not agree with him.

‘I think probably in terms of the overall economy and tax system the greatest good, at least in the short run, would come from finding a way to diversify our tax system.

The personal income tax encourages all kinds of consumption, both good and bad, and discourages innovative, income-generating activities.’