Congratulation! your data has been updated.
Articles / Sharing Ourselves / The Lizard 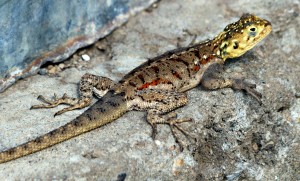 It has been written in many esoteric readings that the journey to greater enlightenment for the human has often been accompanied by a sense of loss, a stripping of perceived reality, a very challenging journey/quest whereby the ego undergoes a fragmentation and the self returns to an embryonic state.

The soul enters into the realms of fear and learns to form and shape values that feed its essence. In other words the receptive soul shapes the human to support the many rich levels of being.

This journey can happen at any time in a person’s life. Also this can be the earth native’s journey from the moment of birth.

Such was the case of my younger brother. We were born three years apart in the Plutonion times of World War 11.

Our parents were young, passionate, abusive, alcoholic and ill grounded. Their journey in life was to be difficult.

As little children we were placed in separate institutions. Separated for years. By the age of seventeen my brother, a sensitive fish, with pale white skin and clear blue eyes was a raging alcoholic.

Unable to cope with humanity but truly in love with the desert and the great lizards that he encountered. In his work he chose to be in nature, be it the desert, the jungles or the bush.

By the age of thirty he had a heart attack and was literally pronounced dead.

By miracle and dedication of doctors he was returned to life, a continual journey of hell. Alone, poverty, loss of children, partners, riddled with childhood grief, a chronic heart condition and a human cross of momentous proportions.

Osmotic resonances connected me to him and as he approached fifty I was a passionate gardener.

In this capacity, I became aware of the “messages” that came to me. I was aware that he was shortly to die.

I found myself saying (to myself) but to his spirit, “It is OK, let go”. At the same time I felt weird. This was an unnatural wish. But was it?

Mystical forces with spiritual insights were in wait. At 2am at the age of 50 he died of a heart attack.

Grief beyond belief entered my soul. Indeed, a spiritual fusion of souls occurred at that moment.

It was as if my being became his tragic being. In a daze of unbearable pain I sat on the veranda, alone with the moonlight as she struck huge slashes of golden light through the trees.

The pain was so intense that I seriously wondered if I could endure living with it.

Shadows and noises interacted in the garden and the spirits of the night seemed disturbed. At the first hint of daylight the moon gracefully thinned. I was aware of a presence near the back fence.

This presence emanated an intensity of energy, pure, strong and comforting. I then felt that someone was looking at me.

As the light of daybreak entered the garden I was aware of a creature that I could not clearly define.

After some time I was able to define the shape of the biggest lizard I have ever seen.

Was it a goanna or a sand lizard? It had very powerful shoulders. With one eye focused on me, it remained still and in meditation upon my being.

I was drawn into its spirit. After approximately 20 minutes in this exchange it slowly walked to the veranda. I was very still and my grief compounded by my amazement.

This huge creature then did the most amazing thing. It stood up and placed its huge claws on the veranda, turned its head and focused its eye upon me. I literally felt the pain in my heart withdrawing. This interaction lasted for some time.

When it seemed that I had returned to earth it turned and walked back into the garden and disappeared.

It left me with a source of strength that I needed. I was not the same person after this experience.

Many tragic insights, loss and challenges entered my life. I understood my brother more in death than I did in life. His life was tragic but his spirit very powerful.

Indeed, at the moment of his death my son was in New York with a friend.

They were awakened by the front door suddenly flying open and felt that someone had entered the room. My son knew he had to ring Australia.

The years have passed and the garden growth is abundant I watch every type of lizard scurrying around in this Mecca of lizard land.

I have wondered whether this is where spirit, of the type my brother and I shared can make contact. I am a gypsy as was my brother. We are (were) restless souls who were born homeless.

We live (lived) by the spirit call of nature. This transcends all social expectations.

Now, after many cycles of living, when life’s challenges are beyond my human skills I return in spirit to the night when the great lizard visited me and I symbolically hand him the earthly confusion to transmit to the ether.

My human soul is emptying more, I trust what is beyond, the metalanguage of the universe that transcends the mundane moments of earthly experience.

I am enriched by tragedy, loss etc. for many spiritual insights have fed my soul.

To the best of my ability I share humble wisdom with like souls on their earthly journey.

I now accept my great need for solitude. I work to give Mother Earth back the life she gives me. With great gratitude.

Article By: Admin Related to: Sharing Ourselves Spiritual Journeys