Congratulation! your data has been updated.
Articles / Chemicals / Dirty Secrets Of The Food Processing Industry 1

We have long heard of the perils of processed food, though mainly in relation to the lack of nutrition therein. This abridged article refers to the methods used by the US processed food industry which can be assumed to be in use in Australia also.

For the full version go to the above web page. For other information regarding consumer health issues see Consumer Health.

We have always processed our food; that is something that humans do. We cook our food — that is one type of processing.

Processing has two functions: to make food more digestible and to preserve food during times when it isn’t readily available.

This type of processing produced traditional foods like sausage and the old-fashioned puddings and haggis.

Farmers and artisans like breadmakers, cheesemakers, distillers, millers and so forth processed this food.

This type of processing made delicious foods, retained their nutritional content, and kept the profits on the farm and in the farming communities where it belonged. Food processing should be a cottage industry and produced locally.

These are the tools of the food processing industry. Let’s have a look at the typical American breakfast of cereal, skim milk and orange juice.

These cereals are produced by a process called extrusion. They take the grains from the farmer, pay them a pittance for them, make the grains into a slurry and put them in a tank, a machine called an extruder.

The grains are forced out of a little hole at high temperature and pressure and shaped into little Os and flakes and shredded wheat and so forth, or puffed up.

A blade slices off each little flake which is carried past a nozzle and sprayed with a coating of oil and sugar to seal off the cereal from the ravages of milk and to give it crunch.

Paul Stitt has written about the extrusion process used for these cereals which treats every grain with very high heat and pressure and destroys much of the nutrients in the grains.

The amino acids are rendered very toxic by this process. The amino acid lysine, a crucial nutrient, is especially ravaged by extrusion.

This is how all the boxed cereals are made, even the ones in the healthfood stores…. You would think there would be some studies on the effect on man or animals.

Paul Stitt wrote about an experiment conducted by a cereal company in which four sets of rats were given special diets. One group received plain whole wheat, water and synthetic vitamins and minerals.

A second group received puffed wheat (an extruded cereal), water and the same nutrient solution. A third set was given water and white sugar.

A fourth set was given nothing but water and chemical nutrients. The rats which received the whole wheat lived over a year on this diet.

The rats that got nothing but water and vitamins lived about two months. The animals on a white sugar and water diet lived about a month.

The company’s own laboratory study showed that the rats given the vitamins, water and all the puffed wheat they wanted died within two weeks — they died before the rats that got no food at all.

It wasn’t a matter of the rats dying of malnutrition.

Results like these suggested that there was something actually very toxic in the puffed wheat itself!

Proteins are very similar to certain toxins in molecular structure, and the pressure of the puffing process may produce chemical changes, which turn a nutritious grain into a poisonous substance.

Another unpublished experiment was carried out in 1960. Researchers at Ann Arbor University were given 18 laboratory rats.

The rats in the control group remained in good health throughout the experiment. The rats eating the box became lethargic and eventually died of malnutrition.

The rats receiving the cornflakes and water died before the rats that were eating the box!

But before death, the cornflakes rats developed schizophrenic behaviour, threw fits, bit each other and finally went into convulsions.

Autopsy revealed dysfunction of the pancreas, liver and kidneys and degeneration of the nerves of the spine, all signs of insulin shock.

The startling conclusion of this study was that there was more nourishment in the box than there was in the cornflakes. This experiment was actually designed as a joke, but the results were far from funny.

The results were never published and similar studies have not been conducted. Most of America eats this kind of cereal.

In fact, the USDA is gloating over the fact that children today get the vast majority of their important nutrients from the nutrients added to these boxed cereals.

Many of them are at least 50% sugar; but there are many so-called healthfood cereals sold in the healthfood stores made by the same method.

They use whole grains and they may use better quality sweeteners, but they are made by the same method.

These wholegrain extruded cereals are probably more dangerous, because they are higher in protein and it is the proteins in these cereals that are so denatured by this type of processing.

When we put these cereals through an extruder, it alters the structure of the proteins. Seins, which comprise the majority of proteins in corn, are located in spherical organelles called protein bodies.

One study investigated change in protein body, shape and release of encapsulated alphaseins as a result of the extrusion processing.

During extrusion, they found that the protein bodies were completely disrupted and the alphaseins dispersed.

The results suggest that seins in cornflakes, particularly extruded ones, are not confined to rigid protein bodies but can interact with each other and other components of the system forming new compounds which are completely foreign to the human body. 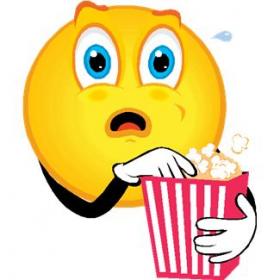 There is only one way to put these companies out of business; and that is not to eat their food.

So what are you going to have for breakfast? We need to go back to the old-fashioned porridges as I explain in Nourishing Traditions.

These porridges should be soaked overnight to get rid of the anti-nutrients which are normally neutralised in the sprouting process.

Soaking will neutralise the tannins, complex proteins, enzyme inhibitors and phytic acid which preserve the grains.

You soak the grains in warm water and one tablespoon of something acidic like whey, yoghurt, lemon juice or vinegar.

That was one of the great lessons of Weston Price, that without the fats you can be taking mineral supplements, you can be drinking carrot juice until it comes out your ears, but you cannot absorb the minerals in your food without vitamin A and vitamin D that are exclusively found in animal fats.

The minute you start to process your milk you destroy this wonderful food.

Milk is one of nature’s most perfect foods from nature’s sacred animal, the cow, and we are putting cows inside all their lives, eating foods that cows never before ate.

They produce huge amounts of watery milk which is very low in fat, actually only half the amount of fat cows used to produce. Then they ship it to a factory. Milk processing plants are big, big factories.

Visitors are not allowed in modern milk processing plants because hygiene is very important. Inside the plants all you can see is stainless steel.

Inside that machinery, milk shipped from the farm is completely remade. First it is separated in centrifuges into fat, protein and various other solids and liquids.

Once segregated, these are reconstituted to set levels for whole, low fat and no fat milks; in other words, they want everything to be completely uniform.

Of the reconstituted milks, whole milk will most closely approximate original cow’s milk.

What is left over will go into butter, cream, cheese, dried milk, and a host of other milk products.

Then the milk is sent by tanker trucks (which are not refrigerated) to bottling plants. The milk is pasteurised for 15 seconds by rushing it past super heated stainless steel plates at 161°.

It is called, if the temperature is 200°, ultrapasteurised. This will have a distinct cooked milk taste but it is sterile and can be sold on the grocery shelf. In other words, they don’t even have to keep it cool.

The bugs won’t touch it. It does not require refrigeration.

As it is cooked, the milk is also homogenised by a pressure treatment that breaks down the fat globules so the milk won’t separate. Once processed, the milk will last for weeks, not just days.

Many people, particularly our children, cannot tolerate the stuff that we are calling milk that is sold in the grocery shelves. And you can see why.

It starts with cows in confinement, cows fed feed that cows are not designed to digest, and then it goes into these factories for dismantlement and then put back together again.

But real milk from pasture fed cows which is not pasteurised, processed or homogenised, is becoming more available.

When they make dried skim milk, first of all it is forced through a tiny hole at high pressure, and then blown out into the air. This causes a lot of nitrates to form and the cholesterol in the milk is oxidised.

Those of you who are familiar with my work know that cholesterol is your best friend; you don’t have to worry about cholesterol except you do not want to eat oxidised cholesterol.

Oxidised cholesterol is used in research to cause atherosclerosis.

So when you drink skim milk or low fat milk because you think that it will help you avoid heart disease, you are actually drinking this oxidised cholesterol which initiates the process of heart disease.

A quote from Processed and Prepared Foods states that ‘a new orange juice processing plant is completely automated and can process up to 1,800 tons of oranges per day to produce frozen concentrate, single strength juice, oil extracted from the peel, and cattle feed’.

Oranges are avery heavily sprayed crop, sprayed with organophosphates and cholinesterase inhibitors which are real mindbenders.

They are very toxic to the nervous system and when they put the oranges in the vats and squeeze them, all that pesticide goes into the processing unit.

Then they add acids to get every single bit of juice out of these oranges. So you already have a very, very toxic soup.

What about the peel used for cattle feed? This is something new in this business of cattle prisons.

The dried left-over citrus peel is processed into cakes which are still loaded with cholinesterase inhibitors and organophosphates. Mark Purdey in England has shown this is correlated with Mad Cow Disease.

The use of organophosphates either as a spray on the cows or in their feed is one of the causes of the degeneration of the brain and nervous system in the cow and if it’s doing it to the cow, there’s a possibility it’s doing it to you also.

And these things are in the orange juice!

How does the orange juice stay cloudy?

They add soy protein combined with soluble pectin, and that keeps it permanently cloudy. It might be interesting to know, for those of you who are allergic to soy.

Another study shows just how toxic and damaging these juices are to teeth.

They found that rats had more tooth decay from these commercial juices than they did from soda pop which is loaded with sugar.

So if you want juice with your breakfast, squeeze yourself an organic orange and that’s a great place to put your cod liver oil.

See Dirty Secrets of the Food Processing Industry part 2 on this site.

Dirty Secrets of the Food Processing Industry  by Sally Fallon