Congratulation! your data has been updated.
Reviews / The Path of Love retreat

The Path of Love retreat 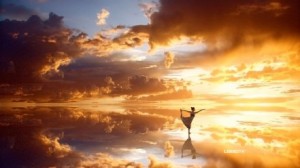 The Path of Love retreat

The Path of Love retreat was a week-long retreat I had heard about intensely for a year, and finally got to attend it.

I had ideas, desires, to write something deliriously brilliant and comic about the Path of Love without trivialising what transpired for me and everyone else involved in the group, the 40 something participants and the 70 something staff.

Even during the 8 days itself I caught my mind already composing, or framing what I was going to say, how I was going to present to the community my ‘hit’ on The Path of Love. I mean there’s a certain identity I’m supposed to live up to.

What can I say?

• That when I walked in on the first morning into the space I started crying before anything “happened”?

• That I felt a pervading atmosphere of love and trust that absolutely stretched and shattered whatever limitations I had around either of these qualities?

• That I felt absolutely cared for and supported whatever was happening within me, and given whatever space I needed at that moment?

• That the longing in my heart for truth, for an undeniable connection with existence actually sparked into a flame of possibility?

• That I reconnected with that which drew me to Osho 17 years ago, that urge to find truth, that which is eternal, which will not accept NO for an answer? To anything?

• That I touched base with existence, looked into the eyes of love and discovered they were mine?

• That I felt the heart of love and felt my own dance in response.

• That I felt initiated into something so simple, non esoteric, inclusive, universal, accepting, loving and bigger than who I thought I was?

• That many of the things I have been writing about in my life actually took root inside of me, that I was able to turn them from words into being?

• That I felt a gratitude that at first I personalised into gratitude to the staff, the facilitators, until I realised was much more existential, to do with me?

I am not about to say to anyone that they should go and do the Path of Love retreat.

It is not necessarily for everyone. Indeed with only three groups happening per year, with around 40 places each, it is simply not possible for everyone to do it.

What I can and will say is that I loved it, being in such a space of unconditional love and acceptance.

Being confronted with the reality that what is preventing me from being whoever I want to be, living how I want to live, has really nothing to do with anything outside of myself.

It is my judgements, it is my fear, it is my mistrust that keeps me separate from that which I want to be. If there is any catch phrase which sums up the Path of Love retreat experience, it is “separation”.

That I am different to you.

Oddly enough, when we drop the illusion of separation, and actually accept that we are all the same, that the wounds we hold so close to our hearts are basically the some as each others’, then we get to see how unique we all are, what unique Buddhas we are.

In no way is it an end to itself, that doing the Path of Love retreat is a drug you take to fix everything you don’t like about yourself, although just the experience itself is mindblowing.

In fact, for me at least, it was not about fixing anything, rather a matter of finding within the safety of the structure of the group the courage to go into the unknown, and then taking that courage out into the world.

How I perceive it now is a new beginning to the spiritual journey. For myself I am grateful for the reconnection with that part of myself which is authentically spiritual.

Somehow I, like most of us I guess, have been living as a sannyasin without really giving much weight to the idea of myself as a spiritual person.

Sure in early sannyas days I felt really inspired to “get it” which would be given a jolt every now and again by some experience, either sitting with Osho, Gangaji, Samdarshi, whoever, doing a personal growth workshop or even having a synthetic or chemical experience.

This is where I would get out of my normal movie, feel for a few moments the blessedness of existence, all the while having in the background the belief that I would return to the normal daily (un)consciousness, involved mainly with survival, love affairs and relationships with those around me.

I never recognised that the very longings which I have felt over the years to melt, to surrender to something larger than myself, to go beyond all the relating crap and let myself be seen for who I am, as well as seeing the other without the screen of judgements that’s usually there, were in fact spiritual.

I found this recognition to be wonderful, a joyful release from self doubt.

Visit the Path of Love website for more information