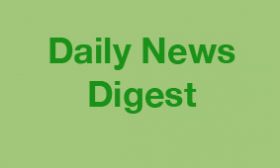 Mark’s news digest March 9, 2021. This weekend’s digest of national and international news by Mark O’Brien. Click on the links to go to the original publisher’s page

Now that Christian Porter has decided to ‘take space’ for a week or two, maybe longer, for his mental health welfare (meaning that he cannot be hounded by questions) it means that Australia not only does not have a Defense Minister (ie, there is nobody in charge) for the next month but possibly no Attorney General as well.

This is an excellent chess move by Scomo – if ministers come under too much scrutiny and heat (deserved or not, it is the nature of politics after all that you are fair game, and the jury, in the public eye, is out whether a rape actually took place – which is the crux of the current battle, that women should be believed when they cry rape, because stats show that 95% of those who made a complaint were in fact raped) then they can simply plead ‘mental health struggles’ and they become untouchable, off limits.

Straight out of Scomo’s playbook – I just hope that the opposition can keep this story alive until every woman feels the burn, questions whether the historical sexual assault that she or her friends remember that nobody really paid attention to, really happened, and speaks out.

Canberra’s pale, stale and male tribe is missing the moment – as it did with Julia Gillard’s misogyny speech by Katharine Murphy

‘This is the moment to get really pissed off’: Australian women demand change to heal wounds

Teflon Gladys somehow gets away with stuff in a whole different order of magnitude than anyone else in Australian politics. By telling her boyfriend that she did not want to know what shenanigans he was up to she is assuming it was corrupt but clearly not enough to report him or just stop the relationship – she is the Premier of NSW FFS, and yes, she needs connection and all that means as much as the next person, but it showed very poor judgement as Premier

Some of these are obvious but certainly worth a read

“We Do This ’Til We Free Us”: Mariame Kaba on Abolishing Police, Prisons & Moving Toward Justice

This news digest was inspired by the recent Facebook stoush and the opportunity it presented to revisit our idea of Facebook and how we use it, even as we allow it to track what we look at and provide news and ads that it thinks we want.

Get your news here, and ‘stay off the Facebook grid’.