Congratulation! your data has been updated.
Articles / Food and Nutrition / Sugar: Is It That Radical?

Sugar: Is It That Radical? 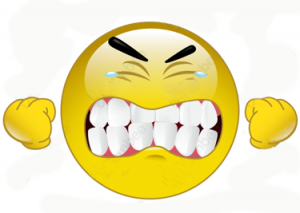 Sugar: Is It That Radical?

Over the past century sugar has played an increasingly large role in our diet, especially in the 50 years since food production became industrialised.

It is hidden, and not so hidden, in pretty much everything you buy in a supermarket, and as a society we wonder why we have an obesity epidemic.

The American Heart Association recommends an active woman eat no more than six teaspoons of sugar a day, while an active man should have no more than nine yet the average (US) adult consumes twenty-two, while the average teenager consumes a massive thirty-four!

Sugar is being blamed for the rise in obesity, diabetes, cardiovascular disease, and according to a new book by David Servan-Schreiber,

Anticancer: A New Way of Life

According to nutrition therapist Elyse Resch, coauthor of

(St. Martin’s, 2003), when a baby is born the first thing it tastes is breast milk or formula, both of which are rich in lactose, a disaccharide containing glucose which the body requires for survival; it’s our major energy source.

And as babies grow they are given sweets as a reward, and while the sugar make-up of sweets is different, it still drives the serotonin, the feel good hormone.

Because the refining process strips away any enzymes, vitamins, minerals, fibre and other nutrients, refined sugars are really nothing but empty calories.

The body metabolises these sweeteners by drawing upon its own stores of micronutrient thus draining its reserves.

This makes it harder for the body to metabolise fatty acids leading to increased fatty-acid storage and to obesity.

Therefore, in a way sugars are not only not food that the body can draw on, they function as ‘anti-food’

“The problem with sugar and other refined foods is that they dilute the nutritional content of your diet overall.

“It becomes more difficult to meet your nutritional requirements within your calorie limits every time you add sugar” says Joel Kimmons, a nutritional epidemiologist with the [US] Centre of Disease Control’s (CDC) Division of Nutrition, Physical Activity and Obesity.

Relative to 1830 when the average diet included five kg of sugar a year, today’s intake of 70kgs seems decidedly unhealthy.

One of the main sugars in processed foods is high-fructose corn syrup (HFCS), which studies have shown to metabolise differently than glucose and transforms into body fat much faster.

We all like to have some sugar in our diets, so it is a matter of coming to some balance with it.

Some authors suggest learning to enjoy the first three bites of sweet foods and eat slowly, savouring the taste, thus reducing your intake. It takes 20 minutes for the stomach to feel full, so don’t let feelings of ‘fullness’ dictate how much you eat.

It is your brain that decides when you have had enough, so a bit of discipline is required.

And most of all, check labels on the food you buy, and if it has HFCS  in it, leave it on the shelf.

Your kids will be happier (once they have gone through their withdrawal which can take weeks). 4 grams of sugar is equivalent to a teaspoon.

Recently I was at the local supermarket and a friend was reading the label of a biodynamic yoghurt which one would normally assume to be fairly healthy and made by people with an interest in good healthy food.

Even that all natural biodynamic yogurt have 4 grams of sugar per serve. Meaning that, according to the medical guidelines relating to maximum recommended daily sugar intake, is more than 10% of your daily allowance.

So read EVERY label and do not assume a product is good for you just because it is organic or biodynamic.

Taken from Is Eating Sugar Really That Bad for Us? by Anneli Rufus, 27/1/10

Anneli Rufus is the author of several books, most recently The Scavenger’s Manifesto

Read more of Anneli’s writings on scavenging at scavenging.wordpress.com