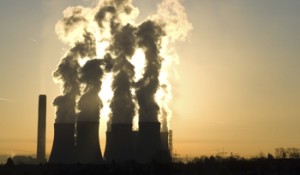 An international group of scientists writing in the journal Atmospheric Chemistry and Physics investigated the hypothesis that a reduction in the amount of cosmic radiation hitting the earth reduces the size and number of cloud droplets, which leads to more sunlight reaching the earth’s surface and consequent temperature rise.

Using satellite data, the researchers looked at what happened to cloud droplet size, water content, and depth during so-called ‘Forbush decrease’ events – periods in which the intensity of rays hitting the earth decreases by up to 30 per cent.

The researchers could find no statistically significant association between the Forbush events and any of the cloud factors they studied.

‘Reduced cosmic rays did not lead to reduced cloud formation, either during the [Forbush events] or during the days that followed,’ said Professor Jon Egill Kristjansson of the University of Oslo.

‘Indeed, following some of the events we could see a reduction, but following others there was an increase in cloud formation. We did not find any patterns in the way the clouds changed.’

Meanwhile, a Swiss-Russian research team working to reconstruct the temperature record of a Siberian glacier for the last 750 years has concluded that there was a strong link between solar activity and the area’s temperature until 1850.

However, they discovered that the rise since 1850 could not be explained by the sun’s behaviour.

Excerpted by Mark O’Brien from an article published in The Ecologist. 6/2/09