Congratulation! your data has been updated.
Articles / Environmental Health / The Story Of Cap And Trade

The Story Of Cap And Trade 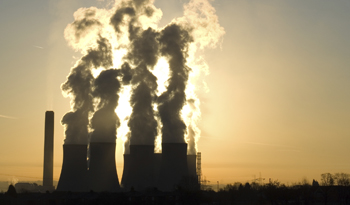 The Story Of Cap And Trade

With increasing temperatures and frequency of extreme weather events world wide, plus polar ice packs melting and all of the other doomsday climate scenarios suddenly all too close, climate change is on everyone’s lips.

Much discussion has been had, and will continue to be had (and even, in Australia, political leaders ascending or descending on the basis of climate change action) over the best and most efficient method of reigning in carbon emissions, little of it meaningful, and mostly to do with a business as usual approach.

Cap and trade seems to be the model that Copenhagen will go with, even though it is not necessarily the model that will achieve anything near the required outcome.

What does ‘cap and trade’ mean? Is it a good thing?
Check out this great little clip, The Story of Cap and Trade  It may make things a little easier to understand.

The Story of Cap and Trade is made by the same people who made The Story of Stuff which is a fabulous commentary on ‘stuff’ and our obsession with collecting it.

These people are connected with Free Range Studios, who made The Meatrix which is a Matrix spoof talking about factory farming of animals, more prevalent in the US but certainly in the pork and chicken industries relevant to Australia.

There are two Meatrix films, both worth watching.
The same people also made Store Wars