Congratulation! your data has been updated.
Articles / Bali / Older women on scrap heap? 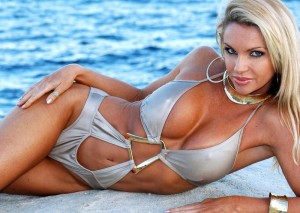 Never before in history has there been such a demographic as single, alone women in their 50s and 60s. This is a new phenomenon and one that Western society has no answers for.

This is a postscript to an article about the various nightclubs in Bali. See Heaven and Hell in Bali

I later spoke with a friend about my impressions of Sky Garden, of Kuta late at night and he told me his own story.

One night he was driving down there at about 3am and there were two overweight 50 year-old Australian women standing by the curb, clearly drunk.

Two Balinese boys were driving by slowly, cruising the scene, and these two women both lifted up their dresses, showing overflowing flesh and nothing else (no underwear) and then bent over, screaming again and again, ‘f**k me!’

The Balinese boys were a bit nonplussed by these events, and continued driving. My friend said this was one of the saddest and things he had ever seen.

This points to a large issue within the Australian, perhaps generally Western, society that overweight women in their 50s are rarely on the receiving end of positive male attention, and perhaps never (generalising here) have the experience of reasonably caring men around them, forget about good love-making.

In our youth-obsessed culture where the young and the beautiful have it all the divorced woman in her 50s is pretty much placed on the scrap heap.

Our culture is simply unprepared for this new demographic, the unmarried older woman. Historically there was little divorce and women in their 50s were generally in marriages, loving or loveless.

In more alternative or traditional societies, unmarried women tend to become the matriachs, ‘holding the space’ for their community’s morality, a modern coven (no witchcraft connotations meant, although in the Middle Ages, wise, beyond child-bearing age, women were always seen as a threat to the male dominated church).

In such societies they are valued as they plumb the depths of relating and pass on their knowledge to those younger women lucky enough to have such mentors.

Outside of these particular demographics however, middle aged women, increasingly single, are faced with a lonely remainder of their lives, with nobody to love and be loved by.

Sure historically no doubt there have always been loveless marriages, but at least there were partnerships that survived, connections that helped people keep their dignity.

Don’t know the answer to that one!