Congratulation! your data has been updated.
Articles / Social Issues Articles / Why Ogling Women May Undermine Their Intelligence

Why Ogling Women May Undermine Their Intelligence 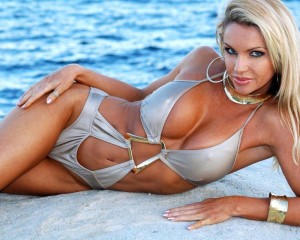 Why Ogling Women May Undermine Their Intelligence

A study titled ‘My Body or My Mind‘ published by the European Journal of Social Psychology suggest that when women feel sexually objectified by men they internalise this perception, thinking of themselves as a sexual object, and their cognitive ability, their ability to problem solve, is undermined.

What was found after a fairly simple yet very clever experiment involving 25 women, was that while women see themselves as an individual person, they can also see themselves as sexually generic. This causes a psychic split that “is likely to increase cognitive load, with a resulting decrease in the availability of cognitive resources for the tasks the individual engages in,” the study’s authors note.

In the study, the women were asked to parade in front of women wearing swimmers, male photographers, and then asked to do some tests.

The women were then informed that they were to parade again in front of men for the purpose of being judged on how they walked, and looked in their swimmers, and then did similar tests again.

This was repeated again with a male audience, and then again with women judges.

The study showed a significant drop off in the women’s ability to problem solve, indicating that when they felt like they were being objectified sexually their thought processes became muddied.

Given that blonde women in particular have been sexually objectified for many years, perhaps personified by Marilyn Monroe and perpetuated ever since, could this be the origin of the ‘dumb blonde’ characterisation every blonde had been afflicted with?

Is it the very desire for sexual objectification of blondes (from men and women, but more so from men) that not only makes them appear to be less smart than other women, but actually less smart in decision making?

One response to “Why Ogling Women May Undermine Their Intelligence”