Congratulation! your data has been updated.
Articles / Current Affairs / The Julian Assange Witchhunt 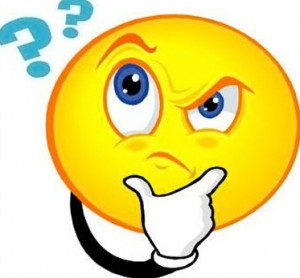 Man of the year? You bet!

“How is it that a team of five people has managed to release to the public more suppressed information… than the rest of the world press combined? It’s disgraceful.” Julian Assange

Everyone has heard of the latest documents published by Wikileaks which have embarrassed pretty much every government in the world, especially leaving significant quantities of egg on the face of the US.

We are all aware of the apparent charges of rape that have been levelled against Julian Assange.

Assänge has not been charged by Swedish authorities, but is wanted for questioning with regards an incidence of sexual assault.

OK, if there is a charge of sexual assault then that is quite serious, certainly enough to caste aspirations upon Assange’s character, and so worth investigating. (see below for details about this ‘sexual assault’ charge)

And it just happens to provide fuel for those who’d prefer to assassinate his character rather than deal with the main issues, those being the contents of the leaks themselves, and the fact that someone in the US power structure has chosen to leak, not one or two, but 250,000 documents.

And of course, the information that the leaks contain about not-so-transparent government doing dirty deeds that they are not supposed to do if they are they claim the moral high ground as they do.

Of itself this is, to my knowledge, quite unique.

Assange had sex with one or two girls. Originally the news report was about sex with one woman, and there was one incident, but recently it has grown to two charges he is supposed to be facing, one of which is around a broken condom.

Unfortunate, but it happens, and it can be that neither party is aware of the break until sex is over and the condom is removed.

Assange is apparently not disputing the sexual contact, nor the condom break, but is contesting whether a broken condom constitutes sexual assault.

Presumably the sexual assault relates to exposing the woman to his bodily fluids, his semen.

Perhaps he should turn it around and say that it was the woman’s fault and that he was assaulted by being exposed to the woman’s fluids?

OK, that is a bit flippant, but this is really not any indication of a mean and nasty man who sexually assaults Swedish women. Swedish law is also very loose in how it defines rape.

Swedish courts have ruled that after going to sleep after consensual sex, if the woman wakes up to find the man’s erect penis touching her (as often happens when sleeping with a new lover) then she can cry rape, because she did not consent to the sexual contact.

A bit too absurd? A bit too neurotic?

I do find this whole affair very interesting how the media is getting behind some witchhunt, chasing Assange and trying to publicly discredit him.

Given Murdoch’s ties to the US establishment, it is not too much of a stretch to conceive that this witchhunt is a Murdoch creation, either off his own bat or at the behest of the establishment.

And readers of our papers, viewers of our TV news, will suddenly be of the opinion that Assange is an evil man who should be locked up and his website closed, and we will never again hear any real information about Iraq, Afghanistan or how the US really views other governments.

Why no condemnation of the newspapers?

One of the perverse aspects of this is that Assange is being blamed for the publication in five of the worlds most widely read papers, including the New York Times.

Nowhere is anybody condemning these newspapers, who after all are only doing exactly what Assange is doing, publishing apparently stolen government documents!

Seems that the established media is off limits.

Will Newt Gingrich also call for the editors of the New York Times, The Times and the other leading papers publishing these leaks to be classified as enemy combatants also, with the threat of Guantanamo Bay lurking in the background? They also published the information, though Wikileaks’ crime might be soliciting, or conspiring to steal documents.

Wikileaks is the first time in history where damning internal documents have been released on such a scale.

Yes there were some leaked documents that changed the public perception of the Vietnam War, but the Wikileaks docs have left nobody untouched (except maybe Obama who seems to be just as limp privately as he is publicly) and many heads ought to roll, though probably the only head in danger due to the skilful deflection of the public’s attention is Assange’s.

The latest twist is that the Swiss bank where he had large deposits have frozen his accounts so he cannot access funds to live or pay for any legal defense.

First of all the bank has made a public statement about the Assange’s account, which I thought went against the whole idea of Swiss banks and their supposed discretion and confidentiality.

I thought that Swiss banks never commented on account holders or even whether someone had an account.

The Nazis supposedly hid billions in such banks, African dictators ditto, yet nobody is freezing anybody’s funds.

Assange has really stirred up a hornets nest this time, but one does have to wonder why the attention is focussed on him and not the papers that are publishing these docs, as they are the ones making serious money out of this.

The true importance of Wikileaks – and the key to understanding the motivations and behaviour of its founder – lies not in the contents of the latest document dump but in the technology that made it possible, which has already shown itself to be a potent weapon to undermine official lies and defend human rights.

Since 1997, Assange has devoted a great deal of his time to inventing encryption systems that make it possible for human rights workers and others to protect and upload sensitive data.

The importance of Assange’s efforts to human rights workers in the field were recognised last year by Amnesty International, which gave him its Media Award for the Wikileaks investigation The Cry of Blood — Extra Judicial Killings and Disappearances, which documented the killing and disappearance of 500 young men in Kenya by the police, with the apparent connivance of the country’s political leadership.

Taken from David Samuels, The Shameful Attacks on Julian Assange

Time Magazine’s Person of the Year????

Hundreds of web sites have popped up which appear to have copied WikiLeaks’ data for display on “mirror sites”.
Some sites are offering a how-to guide on mirroring.

While that’s happening, an anonymous group of hackers apparently hacked PayPal, one of the service providers that cut off service to WikiLeaks. Smaller tokens of support could be found on Time magazine’s site.

As of Thursday afternoon, Assange was leading against more than 25 other candidates to be the magazine’s Person of the Year with more than 320,000 votes cast online.
By Ashley Fantz, Assange’s poison pill file impossible to stop, experts say

As of today Dec 7/10, 271 out of 250,000 documents have been published with the release of further documents planned, which will go ahead regardless of of what happens to Assange.

Rule of thumb – the wider the condemnation, the more corruption and duplicity that is being obfuscated.
4/12/10

See also Apple succumbs to Govt pressure on Wikileaks Dec 27/2010
Is Julian Assange the digital age’s Che? by Martin Flanagan, 4/12/10
The 9 Weirdest things about the Wikileaks story 6/12/10
Hackers attack, take down site of bank that froze Assange cash, 5/12/10
WikiLeaks Will Release “Poison Pill” of Secret Documents If They’re Shut Down,  5/12/10
Since When Does Interpol Care About Sexual Assault? 6/12/10
What Has Really Been Disclosed? By James O’Neill 9/12/10
Welcome to Infowar, version 1.0 The shameful attacks on Julian Assange by David Samuels
The Atlantic, December 3, 2010 Assange should be awarded Nobel Peace Prize says Kremlin By Luke Harding.
The Guardian December 9, 2010 Assange’s poison pill file impossible to stop, experts say By Ashley Fantz, CNNDecember 9, 2010 – The Poison Pill. The Doomsday Files. Or simply, The Insurance. What is Wikileaks By Jonathan Fildes,
BBC News, December 7, 2010 Assange interview: “Europeans are starting to wonder … does America obey the rule of law?”