Congratulation! your data has been updated.
Articles / World Affairs / Fukushima; The End Of The Nuclear Industry?

Fukushima; The End Of The Nuclear Industry? 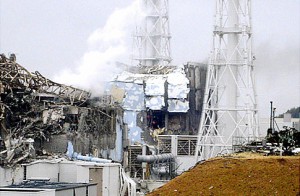 Fukushima; The End Of The Nuclear Industry?

Will the meldown of the nuclear reactor at Fukushima sound the death knell for the nuclear industry?

With the spectre of a Chernobyl-like nuclear disaster looming at one of Japan’s nuclear power stations as a result of the 2011 tsunami, one has to ponder if this, finally, spells the end of the nuclear industry?

Amid the human catastrophe, the 10,000+ people who have died, the millions who have lost their homes, there is the possibility that things are about to get a lot worse. A lot worse. Farmland can be cleaned up, towns and cities can be rebuilt, even communities can heal, but a nuclear meltdown is forever.

Already scorched by the atomic bombs that ended WW2, Japan may lose another large chunk of its land to contamination and another part of its people to radiation-caused illness.

Add to that this Fukushima contaminate the ocean, and if the wind is right, even contaminate the Phillipines and the US where it is already possible to measure increased radiation levels.

(In 2014, testing of fish off the west coast of the US  revealed that ALL fish show some caesium contamination!)

Nuclear lobbyists have been reassuring the population and seemingly convincing politicians that the new generation of nuclear reactors are safe, and that nothing like Chernobyl, an old Soviet style reactor, could ever happen again, and that nuclear power is the solution to global warming (see Is Nuclear power, is it really a greenhouse solution? on this website) and is completely safe.

Well, clearly it is not safe, though if indeed a meltdown is averted the nuclear industry will point to it as proof of its safety inasmuch as it survived an earthquake (it is unknown at this point if this was caused by the earthquake or the tsunami.)

This may also open up issues of international law whereby a country like Japan electing to use nuclear power poses which is clearly a significant risk to its neighbours, who may then have the right to take them to court and receive compensation. Interesting thought.

It will be interesting if the Phillipines sues Japan for lost tourist income as it is certainly off most people’s tourism agendas now.

Somehow it just gets forgotten about as we hear of so many people dying of cancer both young and old, as well as in between, that we there is a cancer epidemic going on in the same historical period as nuclear weapons (including those using depleted uranium – see Depleted Uranium -a legacy of treason on this website) and nuclear power have been used.

The Americans don’t consider that perhaps there has been significant fall-out from the nuclear testing in the deserts of Nevada, New Mexico and Arizona that may be producing massive societal illness now.

Some studies have been done, but given zero publicity, on the impact of the Three Mile Island meltdown, not only on the health of those living nearby but also on their IQ.

A correlation has been found between IQ levels and the proximity to a nuclear power plant as well as increased incidences of various cancers.

(See Helen Caldicott. Nuclear Power is not the Answer to Global Warming or Anything Else)

Japan seems to facing this nuclear issue head on, having evacuated everyone living within a 20km radius of the plant (goodness knows where these people have gone in a country already reeling and overcrowded.) but the question remains where these people will go once the crisis passes its critical phase.

One of the reasons why there has been a hiatus in the construction of new nuclear power plants in the West is that without governments (read taxpayers) carrying the risk, they cannot be built as no insurance company is willing to insure nuclear power stations, because the downside is just too severe.

And that is precisely how nuclear power should be viewed; while there are areas of dispute about nuclear power’s suitability as a greenhouse gas reducer and its so-called ‘green’ credentials, there can be no dispute over its downside, storage of toxic waste and the possibility of meltdown.

Ultimately you and I will be wearing the cost of any meltdown that occurs. I do not know the unsurer of this power station, but rest assured our premiums will rise to cover this just like they did after 911.

While a meltdown may in fact be highly unlikely and possibly even measured in terms of million to one chance, that is too high risk, as the Japanese may be discovering now.

In the last 50 years there have been three major nuclear catastrophes and many more narrowly averted, yet this industry is proud of its safety record. At that rate in a thousands years there will not be anywhere safe to live.

We can only pray that this is not another Chernobyl, that this nuclear crisis is brought under control, and that the world’s population understands that to build nuclear power plants is as dangerous as nuclear weapons, and that those whose interest is purely that of financial gain, heed the lessons of this disaster.

See Visiting the End of the World by Greens Senator Scott Ludlim, Aug 24, 2012, an account of his visit to Japan in 2012

See Kiddofspeed, a fascinating photo journal of Chernobyl, a city abandoned and never entered again. This is what may happen in Japan: is it really worth the risk of having this kind of catastrophe?

See How nuclear apologists mislead the world over radiation (11/4/2011) to read, among other factual observations from Dr Helen Caldicott, about an agreement made in 1959 whereby the WHO agreed to not publish any criticism of the nuclear power industry”

After 1959, WHO has made no more statements on health and radioactivity. What happened?

On 28 May 1959, at the 12th World Health Assembly, WHO drew up an agreement with the International Atomic Energy Agency (IAEA); clause 12.40 of this agreement says:

“Whenever either organisation [the WHO or the IAEA] proposes to initiate a programme or activity on a subject in which the other organisation has or may have a substantial interest, the first party shall consult the other with a view to adjusting the matter by mutual agreement.”

In other words, the WHO grants the right of prior approval over any research it might undertake or report on to the IAEA – a group that many people, including journalists, think is a neutral watchdog, but which is, in fact, an advocate for the nuclear power industry.

The IAEA’s founding papers state: “The agency shall seek to accelerate and enlarge the contribution of atomic energy to peace, health and prosperity through the world.”