Congratulation! your data has been updated.
Articles / Kinesiology / Kinesiology, a clients perspective: Ruth 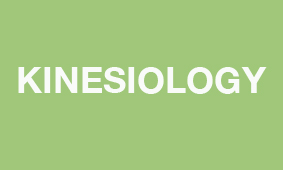 This interview is part of a series of interviews by Dr Anna Rolfes as part of her study Kinesiology, a clients perspective

Ruth is a 28-year-old yoga teacher and mother of a young baby. She had kinesiology sessions to cope with her new role as a mother.

Anna: Can you recall a session or a few sessions you had with muscle testing and just get a sense of that session?

Not so much the issue we were working on, but what the muscle tests did for you in the session? Did they confirm what you anyway knew or what was happening?

It is hard to tell. Sometimes my intuition was confirmed and sometimes it was just my mind throwing in an idea.

Anna: What part of your being are we accessing through the muscle test?

Ruth: All the angels. I think it is your higher self, the unconscious, the subconscious, the part that knows the answers but that the conscious part has filtered out or is not willing to look at that time.

There is so much going on all the time for our mind and you got that little bit there, which really needs to be looked at, and you just don’t have the quiet space to really look at that one bit.

Then the muscle test accesses that one bit that is there.

And then you might be able to say: “O.K., there might be so much other stuff going on, but this might be the key issue. Maybe we’ll look at this today”.

It’s like being in meditation or sitting by a river where you have got that moment to observe. I think muscle tests really helps to get that quiet moment to see what the truth is.

Anna: How relevant are the muscle tests for you?

Ruth: Personally I find that, for me, muscle testing is very relevant to the actually day that I experience it.

But then, maybe the next day, it won’t be the same because I’ve changed or I’ve moved. So for me, I can’t say muscle testing is sort of the same every day.

Anna: Yeah, that’s because it is not a machine. It is an interactive procedure. Do you think muscle tests pick up futile things, which could be one day this and the other day that? That they don’t have relevance?

Ruth: Well, I feel that the muscle test is kind of the initial confirmation and then we move into something deeper.

It’s like the muscle test is just for me like a doorway into something else and that’s actually how I see it when I’m in a session with you. It’s just like a really simple way to access what’s really going on inside.

But when I have a session with you it’s so much more to it than just the muscle tests for me.

Anna: Can you recall sessions with other people as well?

Ruth: Yeah, I’ve had other sessions with other people who use muscle tests and it has been very specific, not as subtle, and yes, at the time, it sort of confirmed it.

But because I’m a being and I change from day to day, I can’t say that if the muscle test tells me not to have beans, not to have squash, not to have this and not to have that, that I can assume that this is a guidance for ever. In a week’s time it might not apply any more.

Anna: Would you say that the muscle tests are a valid thing to have?

Ruth:Well, I did feel it was valid, like I said, because it felt like it was a doorway… you know, like in our session with the rebirthing.

We went through, we got to that particular thing, and that came out of the blue and it was very relevant because I hate rebirthing and I was very afraid of that . But then it was like the space for me to do it. So I did it.

And then I had a result from that which was a key. I felt it was relevant at the time because it did move energy and it did change something inside of me. So I thought it was relevant information.

Anna: If I would have just said: “Look, you need now a rebirthing session”, would you have accepted that in the same way?

Ruth: No, not in the same way. No, because I really trusted that muscle test. It proved to me that it was my body that told me that this is what will work, even though I had quite a lot of resistance to it.

Anna: So, in that sense, would you say the body can through the muscle test show another reality than the one your mind is looking at, or another truth?

Ruth: Yeah, it’s just another level of truth. I mean, that’s a better way for me to put it, because reality is a bit hard to define, what reality really is.

So, yeah, I would say it’s more of a level of truth. It’s a truth that I’m not conscious of at times. I believe it’s a part of my intuition.

Anna: So you think the muscle test reflects a part of your intuition you are not aware of?

Ruth: Yeah, definitely. If I was completely aware of my intuition I wouldn’t need to come to someone else to have them do muscle tests. Do you know what I mean?

I don’t trust my intuition at times so then the muscle test for me confirms it: “Oh yeah, that can mean so and so”. I wouldn’t say it’s like my mind making it up, I’d say that it is the intuition. Does that make sense?

Anna: Yeah, I can follow you. What is the muscle test in that regard then?

Ruth: Well, the muscle test is like a confirmation of my intuition rather than a thought, where I could be thinking anything.

Anna: You were thinking: “I don’t need rebirthing”, but then, with the muscle tests, it came up that it was a good thing to do, wasn’t it?

Ruth: Well, I’ve been told often it is very important for me to do rebirthing.

And I was specifically told in sessions, months before I even had Jacob, that it would be really good for me to do some rebirthing before Jacob came, because it was going to be a real issue for me, his birth and motherhood and all the rest of the stuff, and I would ignore it then.

So again, it was like this is a tool, this is useful, this has been useful and, again, the muscle test kind of confirmed that. Something that had already been presented to me months and months before.

Anna: But your mind edited the information. Then the muscle test brought it up again. So what role does the muscle test play then for you, when you come in a session with me? What do you get out of it?

Ruth: It is like going to my own psychic. Instead of going to a psychic and have someone else tell me, it’s like I tell myself because I feel my muscles reacting.

For me, it is a tool. I mean, I’m training myself to develop my intuition and so eventually I won’t need that as a bridge any more. But I feel it’s a bridge.

So it’s either the bridge or the tool… like a hammer to get the nail in. So I see the muscle test is a bridge.

Anna: What sense do you get of the role muscle tests are playing in a session with me?

Ruth: Well, basically, it is a tool that you’re using. Isn’t that what it is? It’s a tool, that you use as part of a session that you do.

You use that tool and that for me brings information clearer to me. That’s what it does.

But then there are other things that you do as well that bring information clearly to me, so basically it’s one modality of what you do which is very useful.

Anna: What is the muscle testing doing for you? What benefit do you get out of it?

Anna: Does it feel right what comes out of a muscle test?

Anna: What part of yourself is muscle testing accessing?

Ruth: I think it is accessing the part of myself where I am not consciously aware. It accesses a part of me which I don’t know about, which has answers which I can’t actually hear. I call that intuition.

Anna: What does muscle testing do for you?

Ruth:It usually fixes a problem that I am experiencing. It gives me information that I have not totally thought of yet.

It can be very healing if I find through the test a specific remedy or anything that works for the particular problem.

Anna: Is it part of your psychical body what makes the muscle strong or weak?

Ruth: No, I think it is something else because my body feels strong and physically fine. So when we test for specific things it doesn’t seem to be a reflection of my body being weak or strong.

It seems to be a reflection of how I actually react to the particular substance or theme that is presented to me. So it is a body reaction.

Anna: Is muscle testing an invasive method or threatening?

Ruth: No, I find it is quite fun. My innate sense of curiosity is sparked. I don’t find it threatening at all. It has at times presented things that I haven’t really wanted to look at.

But because it came up in a muscle test, I am much more willing to look at it then. It resolves the tension then.It is answering my questions.

I like to understand things and if I get an answer through the muscle test I am more able to move forward.

Anna: You say that you have intuition. So what is the benefit of having muscle testing on top of that?

Ruth: Well, being an intuitive person doesn’t necessarily mean that I always trust my intuition. So for me the muscle test is a confirmation of my intuition.

Anna: Do you feel what comes out of a muscle test some part of you has known anyway?

Ruth: Yeah. Most times yes. Other times I am quite surprised what it says and other times it is exactly opposite to what I thought, and then I realise that it was actually my fear what I was thinking and the muscle test cut through that fear.

My intuition is sometimes confused by fear. I think muscle testing is a fast method of reaching the truth—what your inner self is saying.

Anna: So has muscle testing enhanced your intuition?

Ruth: Well, it has more confirmed it. In that sense I am more willing to believe my intuition at another time, when originally it is confirmed.

So the next time, when I have an intuitive sense, I am more likely to believe it, because the muscle test has confirmed it at another time. I can’t really say that it has enhanced my intuition.

Anna: When you receive the procedure do you feel safe?

But if I believe in my practitioner, then muscle testing will probably be very effective for me.

Anna: Thank you for the interview.