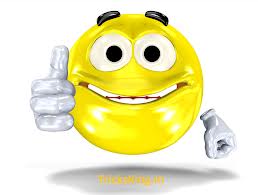 Graeme Innis first discovered the powers of burial as a protester in the Daintree Rainforest, Queensland, when he was buried for 3 days.

He was buried as a way to stop the bulldozers from destroying ancient forests for paper.

Being in the earth with the ancient trees of the Daintree (some trees there were 5000 years old!) with just his face outside of the earth, he felt totally connected and supported.

When they sent him to a maximum security prison to “scare him”, he found he had the respect of all the inmates who’d been following his progress on TV.

Over time he discovered that somehow he’d opened up a wellspring of wisdom that was enabling him to maintain clarity in situations that previously would have previously created problems for him.

Later, present at an Aboriginal initiation rite, he realised that it’s not needed for the mind to understand what is happening, that experiences and understandings all go in somehow, and that his experience was the same, and that the things he’d learned would unfold on their own.

The Aboriginals go through a very intense initiation, facing all their fears, perhaps death. Their understanding of being alive is as a flame of life that burns, for the right length of time, then dies out only to come to life elsewhere.

Graeme says that Indigenous Australians don’t have this preference for a long life, and aren’t afraid of sickness or disease.

He says they see the whitefella as being children who are ruled by their fears, and as such cannot be in touch with the perfect being,  and also have difficulty to be men of integrity.

Graeme Innis sees himself as being a kind of messenger, a medium through which a lot of the wisdom can be brought to the western minds. He has written a book called Platypus Dreaming.

He calls his Re-Earthing Initiation “psychotherapeutic preventative medicine in action”.

This overnight initiation is for people seeking to reclaim their inner balance and wisdom. It is about moving through fear.

This process cleanses the spiritual, emotional and physical levels of your being, and realigns the body within the earth’s electromagnetic field.

‘Toxins in the body seek to return to the primary substance and are drawn out by the earth. The burial puts the initiate in contact with his/her foundational material which is of the earth. The dawn unburial brings a profound sense of rebirth and wholeness”.

What happens in Re-earthing?

Those who’ve chosen the burial experience gather at the “graveyard” in the morning, and after some explanation from Graeme they spend the rest of the day digging their own grave (Quite something to do consciously, I’d imagine!), the place that they will lie in for a full night, sunset to sunrise.

It is necessary to make a clear commitment to go through the night, to face whatever is there to face, as it’s common for people to panic and feel the need to escape, to get out.

I sense a compassion in Graeme, perhaps born out of watching so many people digging a hole for themselves. Graeme says 10% of those who bury themselves freak out and throw their anger on him, which he’s gotten very good at not taking on.

He will not let anyone out unless he judges that their process is finished, so care must be taken in creating your “resting place”, as any aches and pains in the body cannot be alleviated by moving or scratching.

Unable to scratch, or move that cramping leg, as well as the great pressure of the earth on and around the body, and it is an intense experience.

Add to that the emotional memories that start to surface, of being trapped, of no way out, the birth trauma, issues around trust, authority, the father, and you’ve got an experience not for the fainthearted.

It’s a very strong grounding experience, literally. Graeme takes as much care as possible of you when you’ve only got your head sticking out of the ground. He takes his role as the trusted guide seriously.

“I trust that the workings of the universe are fine and proper!”

Published in the Here & Now magazine, Byron Bay, January 1999
Graeme can be contacted

See also interviews with Darpan, Michael Light and Anna Davidovich on this website about the topic of Initiation.

One response to “Initiation With Graeme Innis”