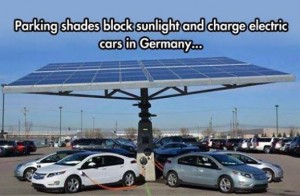 Al Gore’s seminal movie, The Inconvenient Truth, was fantastic how it brought to everyone’s attention the pressing issue of climate change. Gore baulked, however, at pointing the finger at where is belonged, and instead scared those smart enough to be concerned.

So instead of dealign with the systemic structural problems that may change things, individuals bore and still bear the brunt of the costs of trying to reduce emissions, when in actual fact their impact can only ever be miniscule while policy and trade rules remain unchanged.

Lots of people I know are opting to have their local council come and change all their light bulbs to compact flouro lights (CFLs) in the [mistaken] belief that is somehow going to reduce global warming.

This is one of the fallacies of An Inconvenient Truth, that somehow changing light bulbs will have a profound effect upon greenhouse gas production.

This is a nonsense, as the vast majority of residential use of lights occurs at night, when power stations, running at the same capacity as during peak daytime periods, are producing electricity (and greenhouse gas) anyway, whether it is being used or not.

There is no way to store the excess power produced at night which is why companies sell off peak power so cheaply to run our electric hot water systems at night, which function as virtual batteries.

Hydro plants are responsive to fluctuating power demand, as are gas-fired plants, but coal plants are not.

This plays out in other ways such as the [Australian] Snowy Mountains Hydro using off peak power at night to pump water upstream so it can generate high priced power during the day, by allowing the water to go downstream again, to service peak demand.

Best are solar or wind generators that feed back into the grid, particularly solar as mostly energy is produced in the day when homes are virtually shut down.

If the average house has 20 lights that our local council replaces (and the CFLs actually use more power if turned on and off often, saving power if they are used in areas like kitchens where lights are required for long periods), it would cost approximately $200/house (including labour) to make the switch with a negligible impact on greenhouse gas emissions.

Far better for council to spend that money on arrays of solar panels or a community-style windmill that actually does something to ease the ‘base-load’ requirements.

People on communities, rather than investing in solar hot water or a few solar panels to run a few batteries would be much better off, with a much larger greenhouse gas impact, investing in arrays of panels connected to the grid, and adding new panels as the money becomes available.

Some systems can earn up to 15% on the investment, a win win outcome for a healthy enviro choice. Sports fields and tennis courts could all have arrays of solar panels to balance their energy use.

Also, CFLs have mercury in them which leaches into landfills and enters our waterways if the bulbs happen to break (!!??) when taken to the dump.

In the US it is seen as dangerous when one of these lights break in a home where it is treated much like asbestos with the EPA cordoning off rooms in people’s houses.

However, it turns out that a CFC light bulb has 1/600 the amount of mercury in it as a can of tuna, so not such a big deal.

Similarly with hybrid cars. Made for the stop/start of city driving, often these cars are less economical on country roads than their non hybrid versions.

Far better to keep your old car or convert it to gas. It seems a rule of thumb says that if a new car gets 7miles/gallon (approx 2k/litre) better consumption, is becomes environmentally worthwhile to upgrade.

This is also influenced by how far the car is driven and how long it is driven as naturally the GHG cost of production/k reduces the more it is used.

If the tax advantages of upgrading cars every two years were removed it would have a far greater effect on greenhouse gas production than if we all bought hybrids.

Industry uses 70% of electricity produced in Australia, and of that 30% (or approx 20% of the total) is used by the aluminium industry, which does not pay for it, and hence, until recently has never considered introducing energy efficiency measures.

This means that approx 15% of your electricity bill is a direct subsidy to the aluminium industry.

So reducing your aluminium use and recycling any cans you use are effective actions you can take to reduce greenhouse gas. (also from a water perspective this makes sense.

Consider before opting to buy a new, greenhouse gas-friendly, aluminium car, that keeping your existing car, tuned and used prudently, may far outstrip, in terms of reducing your carbon footprint, buying a new hybrid or even a new, more economical car.

Another part of Gore’s film that was of was the lack of discussion around unnecessary international trade and subsidies.

Approximately 20% of greenhouse gas are produced by international trade. 40-50% of that is simply stupid, that flies Australian apples to the UK, then to South Africa to be waxed, then flown back to the UK and they are still cheaper than UK-grown apples!

There are countless examples of this. India exports millions of tones of grains and imports the same amount.

It is all subsidised and a ridiculous waste of resources and the ones driving this are the traders who are the only people profiting from globalised trade.

Rationalise this kind of behaviour (notice how the economic rationalists love trade subsidies and nuclear power subsidies whilst simultaneously insisting on the primacy of market economic forces), and instantly we would have a 10% reduction in greenhouse gas production.

An international carbon tax will soon make this silly transport of goods unviable.

Reduce government subsidies and tax breaks for air travel and overnight another 3-4% reduction is gained.

There is a lot of greenwash out there, and people with good intentions are being conned. Really think about the supposed green choices that are becoming more available; they may be just plain old, pure consumerism in a politically correct package.

Real green solutions will always means reduced consumption, and any proposal that says increasing consumption as per usual is possible while reducing our greenhouse input is simply nonsense.

Also, be wary of ‘organic’ labels – unless a product is certified organic there is no reason why it should be really organic, and you can pay a premium for normal non-organic produce.

An example of this I saw recently in Coles, seeing ‘organic’ apple juice in the non-refrigerated section. Looking at the label it said, ‘made from concentrate made from organic apples’ – hardly what most people would consider ‘organic’.

Ditto with many organic products in the supermarket, without certification the label is meaningless.

By all means do your personal stuff, but be aware of taking on large financial burdens to do so. Better to invest that money into means of changing the system.

Don’t just act out of frustration, be smart where you put your energy.