Congratulation! your data has been updated.
Articles / Contributions / A good time for gross national happiness

Happiness is a fundamental human quest and may be understood as a state of physical and emotional well-being and inner contentment, founded on principles of sociality and of not harming other sentient beings or the environment.

Happiness is not a distant goal; it is the path, in the here and now, which primarily depends on self-responsibility and self-fulfilment in sharing with others.

Even those who know that this is the national policy of the Himalayan kingdom of Bhutan tend to treat it as a mere well-meaning slogan. In fact GNH is a serious, slowly evolving concept which aims to redefine wealth as wellbeing.

A conjunction of several trends seems to be helping the idea of Gross National Happiness to come of age.

Firstly, GNP alone is no longer considered a valid measure of  progress.

Secondly, there are now various kinds of Quality of Life indices which are becoming a powerful tool for judging the true wealth of nations.

Thirdly, the upsurge in socially responsible investing in the north is slowly filtering into the south.

This means that segments of the market are now making room for moral and ethical values, or at least a ‘triple bottom line’ which is not limited to money but includes the social and environmental dimensions.

So far GNH has been seen as the quaint policy of a benevolent monarch in a tiny, relatively isolated kingdom.

The term, GNH, was first coined by Bhutan’s King Jigme Singye Wangchuck when he ascended the throne in 1972. It signalled his commitment to building an economy based on the Buddhist values of right livelihood, compassion and sharing.

In February 2004 over 82 scholars and experts from 20 countries gathered in Bhutan’s capital Thimphu for discussions on ‘Operationalising GNH’.

The international gathering came to a consensus that while Bhutan’s GNH endeavour is unique, the concept itself need not be restricted to either Buddhist societies or small homogenous countries.

At its core GNH is a civilisational vision anchored in non-material values like living in harmony with nature, social equality and the spiritual quest for higher levels of being.

From this perspective GNP becomes a subset of GNH. Then economic growth is carefully fostered along pathways that ensure enhancement of GNH.

In this context GNP is meaningful only to the extent it facilitates actual well-being for most if not all the population.

That GNH can be a supplement to GNP is an easier idea for many to accept.

After all, the concept of GNP was only ever meant to measure the amount of goods and services produced and put into circulation in any country.

The problem is that GNP is an artifact from a time when it was assumed that if there are more goods in circulation, general welfare will naturally follow. 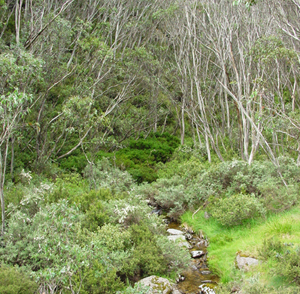 Today there is extensive documentation to show that this is not always true. Thus in the early 1990s the UNDP introduced the Human Development Index.

Since 1995 a San Francisco based think-tank called Redefining Progress has been annually assessing the American economy with an alternative yardstick called the Genuine Progress Indicators (GPI) which presents a relatively grim picture of American society.

The GPI index shows a steady decline in the USA after the late 1970s even as the GNP has continued to steadily rise.

This is because the GPI index gets closer to the reality of people’s lives by, for example, noting as a ‘loss’ all money spent on either preventing crime or repairing damage caused by it.

Similarly all money spent to counter the affects of environmental degradation or put into circulation because of car crashes and divorces is noted as a loss.

By itself the Socially Responsible Investment (SRI) movement is still swimming against the stream of a more pure market-driven culture where monetary profits are supreme.

But if coupled with a growing public pressure for primacy of GNH it could be a powerful vehicle for creating what David Korten, author of The Post Capitalist World, has called ‘mindful markets’.

The key reason for this is that once GNH becomes official policy then there might be more scope to redefine growth in ways that are in sync with the carrying capacity of the planet.

At the very least it creates pressure for modifying current accounting systems for calculating GNP. Then money that accrues from depletion of non-renewable resources and irreversible damage to ‘natural capital’ could not be shown as revenue.

Gross National Happiness has now been launched onto the international political and economic scenes and provides an optimistic message to nations, communities as well as individuals.

People are more important than money.

Now, more than ever, it is a good time for gross national happiness be be on the table.

For more information on A good time for Gross National Happiness go to www.grossinternationalhappiness.org