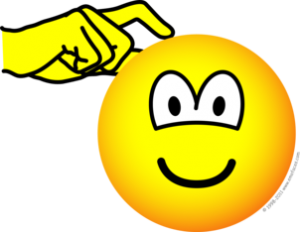 Can a black box see into the future?

Deep in the basement of a dusty university library in Edinburgh lies a small black box, roughly the size of two cigarette packets side by side, that churns out random numbers in an endless stream.

At first glance it is an unremarkable piece of equipment. Encased in metal, it contains at its heart a microchip no more complex than the ones found in modern pocket calculators.

The machine apparently sensed the September 11 attacks on the World Trade Centre four hours before they happened — but in the fevered mood of conspiracy theories of the time, the claims were swiftly knocked back by sceptics.

But it also appeared to forewarn of the Asian tsunami just before the deep-sea earthquake that precipitated the epic tragedy.

Now, even the doubters are acknowledging that here is a small box with apparently inexplicable powers.

‘It’s earth-shattering stuff,’ says Dr Roger Nelson, emeritus researcher at Princeton University in the United States, who is heading the research project behind the ‘black box’ phenomenon. ‘We’re very early on in the process of trying to figure out what’s going on here. At the moment we’re stabbing in the dark.’

Dr Nelson’s investigations, called the Global Consciousness Project, were originally hosted by Princeton University and are centred on one of the most extraordinary experiments of all time.

Its aim is to detect whether all of humanity shares a single subconscious mind that we can all tap into without realising.

And machines like the Edinburgh black box have thrown up a tantalising possibility: that scientists may have unwittingly discovered a way of predicting the future.

The project is also the most rigorous and longest-running investigation ever into the potential powers of the paranormal.

Professor Robert Jahn, of Princeton University during the late 1970s, was determined to study the phenomena using the most up-to-date technology available.

One of these new technologies was a humble-looking black box known as a Random Event Generator (REG).

This used computer technology to generate two numbers — a one and a zero — in a totally random sequence, rather like an electronic coin-flipper. The pattern of ones and noughts — ‘heads’ and ‘tails’ as it were — could then be printed out as a graph.

The laws of chance dictate that the generators should churn out equal numbers of ones and zeros — which would be represented by a nearly flat line on the graph. Any deviation from this equal number shows up as a gently rising curve.

During the late 1970s, Prof Jahn decided to investigate whether the power of human thought alone could interfere in some way with the machine’s usual readings.

He hauled strangers off the street and asked them to concentrate their minds on his number generator.

In effect, he was asking them to try to make it flip more heads than tails.

It was a preposterous idea at the time. The results, however, were stunning and have never been satisfactorily explained.

Again and again, entirely ordinary people proved that their minds could influence the machine and produce significant fluctuations on the graph, ‘forcing it’ to produce unequal numbers of ‘heads’ or ‘tails’.

According to all of the known laws of science, this should not have happened — but it did. And it kept on happening.

Dr Nelson, also working at Princeton University, then extended Prof Jahn’s work by taking random number machines to group meditations, which were very popular in America at the time.

Again, the results were eyepopping.

The groups were collectively able to cause dramatic shifts in the patterns of numbers. From then on, Dr Nelson was hooked.

Using the internet, he connected up 40 random event generators from all over the world to his laboratory computer in Princeton. These ran constantly, day in day out, generating millions of different pieces of data.

Most of the time, the resulting graph on his computer looked more or less like a flat line.

But then on September 6, 1997, something quite extraordinary happened: the graph shot upwards, recording a sudden and massive shift in the number sequence as his machines around the world started reporting huge deviations from the norm.

The day was of historic importance for another reason, too, for it was the same day that an estimated billion people around the world watched the funeral of Diana, Princess of Wales.

Dr Nelson was convinced that the two events must be related in some way. So, in 1998, he gathered together scientists from all over the world to analyse his findings.

They, too, were stumped and resolved to extend and deepen the work of Prof Jahn and Dr Nelson. The Global Consciousness Project was born.

Since then, the project has expanded massively. A total of 65 Eggs (as the generators have been named) in 41 countries have now been recruited to act as the ‘eyes’ of the project. And the results have been startling and inexplicable in equal measure.

For during the course of the experiment, the Eggs have ‘sensed’ a whole series of major world events as they were happening, from the Nato bombing of Yugoslavia to the Kursk submarine tragedy to America’s hung election of 2000.

But the project threw up its greatest enigma on September 11, 2001.

As the world stood still and watched the horror of the terrorist attacks unfold across New York, something strange was happening to the Eggs.

Not only had they registered the attacks as they actually happened, but the characteristic shift in the pattern of numbers had begun four hours before the planes even hit the Twin Towers.

They had, it appeared, detected that an event of historic importance was about to take place before the terrorists had even boarded their fateful flights.

The implications, not least for the West’s security services who constantly monitor electronic ‘chatter’, are clearly enormous. ‘I knew then that we had a great deal of work ahead of us,’ says Dr Nelson.

What could be happening?

Was it a freak occurrence, perhaps? Apparently not, for in the closing weeks of December 2003, the machines went wild once more.

Twenty-four hours later, an earthquake deep beneath the Indian Ocean triggered the tsunami which devastated South-East Asia, and claimed the lives of an estimated quarter of a million people.

So could the Global Consciousness Project really be forecasting the future?

‘We’re perfectly willing to discover that we’ve made mistakes,’ says Dr Nelson. ‘But we haven’t been able to find any, and neither has anyone else.’ It is possible — in theory — that time may not just move forwards but backwards, too.

And if time ebbs and flows like the tides in the sea, it might just be possible to foretell major world events. We would, in effect, be ‘remembering’ things that had taken place in our future.

Previously published in Here & Now magazine. Author unknown. Taken from rednova.com which is no longer functional.

One response to “Global Consciousness Project”