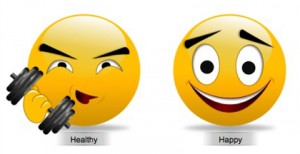 In a study reported in Lancet Neurology researchers have concluded that exercise in midlife can reduce the risk of contracting Alzheimer’s in the general population by as much as 50% and for those genetically disposed to Alzheimer’s by about 60%.

Nearly 1500 older men and women were included in this study which considered the relationship between exercise in their 40s and 50s and the incidence of Alzheimer’s.

It seems that regular exercise keeps the small blood vessels in the brain healthy and it also seems to reduce the amount of a protein called amyloid that builds up in the brain in Alzheimer’s as well maintaining good cognition and memory.

Researchers caution that it may be that people who exercise tend to live healthier lives anyway, and may in fact be less genetically predisposed to Alzheimer’s or other forms of dementia but still concluded that even when this was taken into consideration it remained that exercise is benefical for the brain.