Congratulation! your data has been updated.
Articles / General / The Dreaming Festival 09 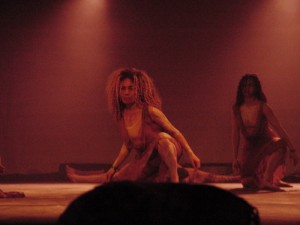 The Dreaming Festival 09, a review

I have just come back from The Dreaming Festival 09, Australia’s international Indigenous festival held over the Queen’s birthday weekend in June at the Woodford site in SE Queensland.

It was just fabulous hanging around Indigenous people like that for a few days, to enjoy the music, theatre, peruse the galleries, play some pool with some guys from the Central Desert – man, their lives are so different to mine – a small community of 200 people 2 hours west of Alice Springs.

They were in quite some shock being around so many people, so many non Indigenous people, not to mention the lushness of the land with its mandatory periodic rain showers.

Not for the first time I was struck by the incredible strength of Indigenous women; Australian, Maori, Native American, you name it.

Somehow they carry the traditions, the moral force of their cultures.

This is largely missing amongst Western women whose influence has been sidelined for many hundreds of years, perhaps since the witches were burned in Europe.

Wise women I have met often talk of their fear of speaking out, and perhaps it comes from the Inquisition and the (still prevalent) anti-woman attitude of religion.

The ability of some of the Indigenous women to be rock solid within themselves is awesome to behold.

I am not talking about personal meetings I had, but more my experience of women on stage talking or playing music.

It is clear that when one of these women speaks, everyone listens, men women and children, and they uphold their cultural morality.

But there is also evidence that our society is in trouble, and perhaps more so – Indigenous people know and recognise they have problems, whereas we just carry on regardless, pretending that youth suicide has nothing to do with our society, that drugging our boys is somehow a perfectly legitimate thing to do, all the while pretending that everything is under control and OK. 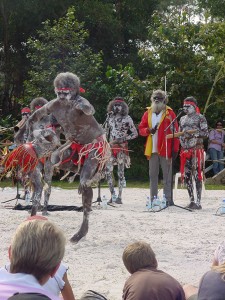 I have now been three times to the Dreaming, and this was the best.

Each time I realise there are ideas I hold about Indigenous Australians that are simply not true, and I feel lighter and unburdened when I let them go.

I am grateful for the opportunity that the Dreaming provides to have a more authentic experience of what it means to be Indigenous in 2009.