Congratulation! your data has been updated.
Articles / Tantra & Sexuality / Chemicals, hormones and love 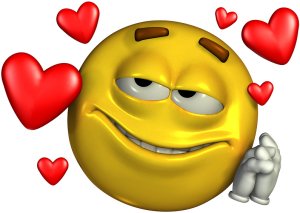 According to Professor Carl E. Wood of Melbourne’s Monash University, relationship failure may be as much about a brain chemical mismatch as the usual psychological reasons, that there are chemicals controlling our ability to bond with another that we are largely at the mercy of.

Current research into the chemicals that control love, sex, attachment and bonding means that at some time drugs may be available to make you fall in love, or to bring back that love feeling when it seems to be gone.

Already there are ‘love sprays’ available that mimic pheromones, confusing the brain’s usual discriminatory processes that choose who is appropriate to seduce/be seduced by and who is not.

Robert T. Francoeur, a professor of human sexuality and author of The International Encyclopedia of Sexuality, said that there is no scientific evidence to suggest that slathering pheromone cream will attract endless women or men.

However, in places such as Haiti and Brazil as well as in the southern states of America, some women of African descent mix menstrual blood, believed to contain pheromones, with food to be fed to their men, to bond them and keep them faithful.

According to Francoeur, balanced mixtures of natural opiates, endorphins, like serotonin, and oxytocin, the bonding hormone, or the ‘hormone of love’, are important ingredients in how we create long term relationships.

He said that while it is possible to isolate the chemicals it is harder to define what the exact role and influence of who we are and what we are attracted to. This is partly encoded at birth, or even earlier, as can information about sexual preference and gender.

At some point there will be drugs available to provide that feeling of love, but perhaps like Viagra and its impact on sexual relations, it may provide some temporary relief, or high, with no ongoing guarantee of happiness.

Adapted from an article by Josey Vogels, My Messy Bedroom. 22/102009, published by Alternet.org