Congratulation! your data has been updated.
Articles / Fitness, Yoga, Martial Arts / 11 steps to a better brain – the body

11 steps to a better brain – the body 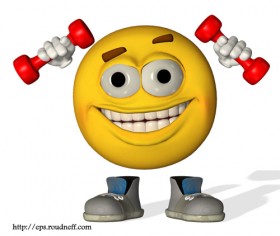 11 steps to a better brain – the body

Physical exercise can boost the brain as well as the physical functioning. It’s a dream come true for those who have trouble studying.

Simply walking sedately for half an hour three times a week can improve abilities such as learning, concentration and abstract reasoning by up to 15%.

Hence exercising is essential for those who like having active and alert minds and their ability to reason.

The effects are particularly noticeable in older people. Senior citizens who walk regularly perform better on memory tests than their sedentary peers. Every extra mile a week has measurable benefits.

It’s not only oldies who benefit, however.

Angela Balding from the University of Exeter, UK, has found that schoolchildren who exercise three or four times a week usually get higher than average exam grades at age 10 or 11.

The effect is strongest in boys, and while Balding admits that the link may not be causal, she suggests that aerobic exercise may boost mental powers by getting extra oxygen to your brain.

I went to an all boys boarding school and we exercised like crazy, sometimes going for two 5 miles runs a day, once after school and again before sleep.

While this may also have been necessary for ridding ourselves of the burgeoning hormone driven energy of adolescent boys, it sure did clear our heads after school and again before sleep.

The brain loves physical exercise as it promotes the growth of new brain cells. Until recently, received wisdom had it that we are born with a full complement of neurons and produce no new ones during our lifetime and that neuron numbers just reduce over our lives, a one way street.

Fred Gage from the Salk Institute in La Jolla, California, busted that myth in 2000 when he showed that even adults can grow new brain cells.

He also found that exercise is one of the best ways to achieve this. Even more gentle exercise, such as yoga, can do wonders for your brain.

Last year, researchers at the University of California, Los Angeles, reported results from a pilot study in which they considered the mood-altering ability of different yoga poses.

Comparing back bends, forward bends and standing poses, they concluded that the best way to get a mental lift is to bend over backwards.

My own experience with mums and their toddler kids, who as we all know can get pretty stuck in some emotion, is that when kids are cradles on their back, and their spines are stretched (gently of course), then they instantly feel better, and the tantrum ceases.

In 2001, researchers at the Cleveland Clinic Foundation in Ohio asked volunteers to spend just 15 minutes a day thinking about exercising their biceps. After 12 weeks, their arms were an unbelievable 13% stronger.

So being a couch potato can actually work!