Congratulation! your data has been updated.
Articles / Parenting / 11 Steps to a better brain – paying attention 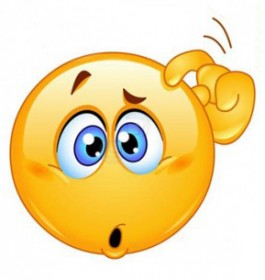 You can be smart, well-read, creative and knowledgeable, but none of it is any use if your mind isn’t on the job. Paying attention is a complex mental process, an interplay of zooming in on detail and stepping back to survey the big picture.

So unfortunately there is no single remedy to enhance your concentration. But there are a few ways to improve it.

The first is to raise your arousal levels. The brain’s attentional state is control-led by the neurotransmitters dopamine and noradrenalin.

So not surprisingly, anything that raises dopamine levels can boost your powers of concentration. One way to do this is with drugs such as amphetamines and the ADHD drug methylphenidate, better known as Ritalin. Caffeine also works.

But if you prefer the drug-free approach, the best strategy is to sleep well, eat foods packed with slow-release sugars, and take lots of exercise.

It also helps if you are trying to focus on something that you find interesting. The second step is to cut down on distractions.

Workplace studies have found that it takes up to 15 minutes to regain a deep state of concentration after a distraction such as a phone call. Just a few such interruptions and half the day is wasted. There are mental drills to deal with distractions.

College counsellors routinely teach students to recognise when their thoughts are wandering, and catch them-selves by saying “Stop! Be here now!” It sounds corny but can develop into a valuable habit.

As any Zen meditator will tell you, concentration is as much a skill to be lovingly cultivated as it is a physiochemical state of the brain.

But it is a relaxed attention rather than a stressed one, a state that is not reached by trying harder. Our minds are usually too busy to really relax and pay attention, so mostly it is a stressful thing.