Congratulation! your data has been updated.
Articles / Health / 11 steps to a better brain – food 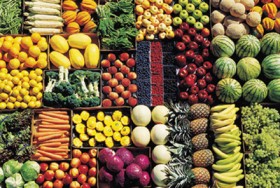 You are what you eat, and that includes how your brain functions, the kind of thoughts you have and the efficiency with which you think and sort them.

So what is the ultimate mastermind diet? Your brain is the greediest organ in your body, with some quite specific dietary requirements.

So it is hardly surprising that what you eat can affect how you think. If you believe the dietary supplement industry, you could become the next Einstein just by popping the right combination of pills.

Look closer, however, and it isn’t that simple. But if it is possible to eat your way to genius, it must surely be worth a try.

First, go to the top of the class by eating breakfast. The brain is best fuelled by a steady supply of glucose, and many studies have shown that skipping breakfast reduces people’s performance at school and at work.

According to research published in 2003, kids breakfasting on fizzy drinks and sugary snacks performed at the level of an average 70-year-old in tests of memory and attention. Beans on toast is a far better combination.

Toast alone boosted children’s scores on a variety of cognitive tests, but when the tests got tougher, the breakfast with the high-protein beans worked best.

Beans are also a good source of fibre, and other research has shown a link between a high fibre diet and improved cognition. If you can’t stomach beans before midday, wholemeal toast with Marmite makes a great alternative.

The yeast extract is packed with B vitamins, whose brain-boosting powers have been demonstrated in many studies.

A smart choice for lunch is omelette and salad. Eggs are rich in choline, which your body uses to produce the neurotransmitter acetylcholine.

Low levels of acetylcholine are also associated with Alzheimer’s disease, and some studies suggest that boosting dietary intake may slow age-related memory loss.

A salad packed full of antioxidants, including beta-carotene and vitamins C and E, should also help keep an ageing brain in tip-top condition by helping to mop up damaging free radicals.

Round off lunch with a yoghurt dessert, and you should be alert and ready to face the stresses of the afternoon.

That’s because yoghurt contains the amino acid tyrosine, needed for the production of the neurotransmitters dopamine and noradrenalin, among others.

Studies by the US military indicate that tyrosine becomes depleted when we are under stress and that supplementing your intake can improve alertness and memory. Don’t forget to snaffle a snack mid-afternoon, to maintain your glucose levels.

Just make sure you avoid junk food, and especially highly processed goodies such as cakes, pastries and biscuits, which contain transfatty acids.

These not only pile on the kilos, but are implicated in a slew of serious mental disorders, from dyslexia and ADHD (attention deficit hyperactivity disorder) to autism.

It seems that some of the damage may be mediated through triglyceride, a cholesterol-like substance found at high levels in rodents fed on transfats.

When researchers gave these rats a drug to bring triglyceride levels down again, the animals’ performance on memory tasks improved.

Brains are around 60% fat, so if transfats clog up the system, what should you eat to keep it well oiled? Evidence is mounting in favour of omega-3 fatty acids, in particular docosahexaenoic acid or DHA.

In other words, your granny was right: fish is the best brain food. Not only will it feed and lubricate a developing brain, DHA also seems to help stave off dementia.

Studies published in 2005 reveal that older mice from a strain genetically altered to develop Alzheimer’s had 70% less of the amyloid plaques associated with the disease when fed on a high-DHA diet.

Finally, you could do worse than finish off your evening meal with strawberries and blueberries.

Rats fed on these fruits have shown improved coordination, concentration and short-term memory.

Taken by Mark O’Brien from an article published in New Scientist Magazine, Issue 250